As the Codger alluded to, we picked up some cameras in the High Sierras a little while back.  I also did a short set at a cabin I was staying at in Sierra Valley.  First, because this blog is in desperate need of some camera trapped mammals before we get back to the birds I present two, one-night sets.

The first night I put up my camera on a rock 10 feet or so from the rock we (CTC, The Codger, Randomtruth and SPP) used to get the brother fox visitor that was so interested in the Mr. Screechy doll back in June.

Right on cue, we got a fox visitor in five images. 2 for 2 for foxes in this locale. Randomtruth and I discussed the fact that the property must be on the regular nightly loop for this fox. 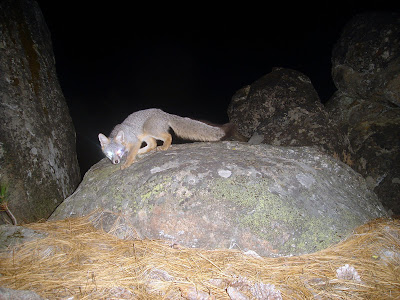 Only later did I realize that there were two foxes in this image. 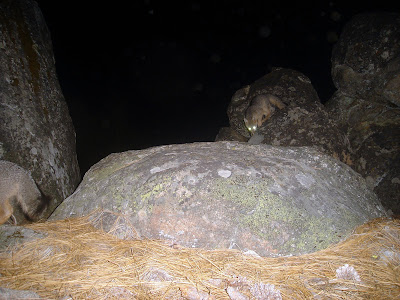 The next day I was wandering around the property looking at the Native American acorn grinding pestles (I gotta start taking handheld shots for these posts) in the granite rocks when I started to notice a lot of fox scat. I mean A LOT.  Hundreds of them. Around the base of a rock outcropping.  In between the rocks. Everywhere.  Some old. Some attracting flies.  I figured that the foxes might be living in the dark recesses of these rocks mere feet from the campfire ring. The property may not just be on the nightly loop, but it appeared that it was on the daily hide-spot circuit too.

I soon found a rabbit foot.  Then a squirrel haunch. Then a bird wing. A wing that may or may not have been a chicken. Boggis, Bunce and Bean are not happy.

So I reset on this outcropping hoping that I would get them again, this time with both foxes in full frame. 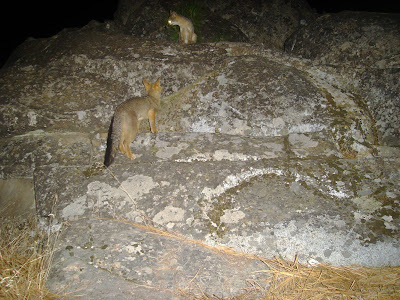 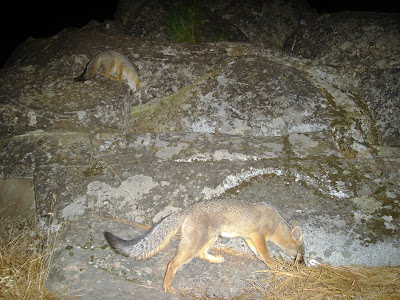 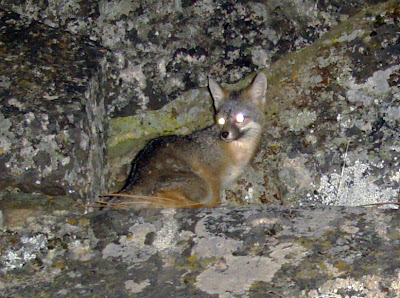 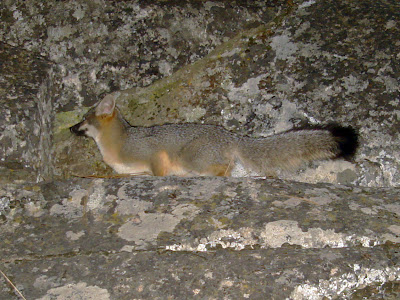 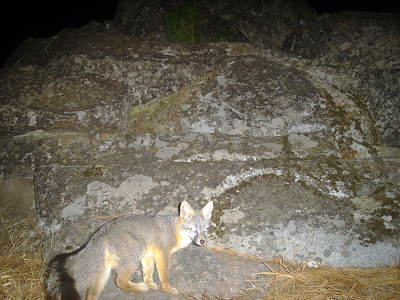 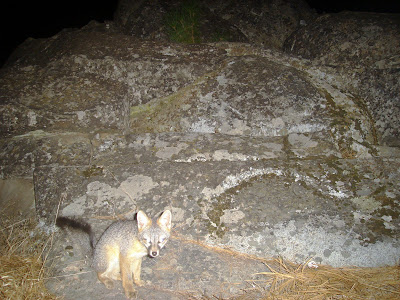 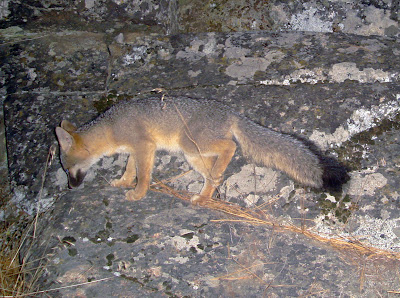 Not sure if this is a mated pair of foxes or Mrs. Fox, that sexy vixen, and her older pup.  One of them seems to have those fluffy paws that are a touch too big for their body, making me lean towards mom and pup.

This potential pup looks more Ash than Kristofferson Silverfox though. 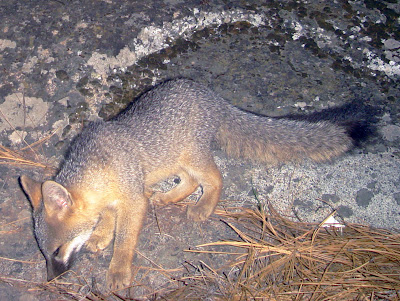 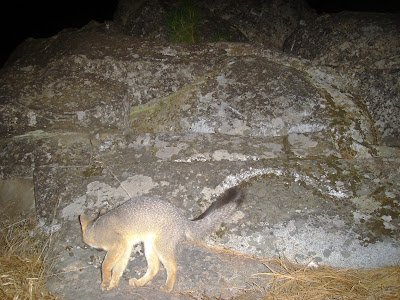 I always enjoy the out of focus nose right in the camera image. 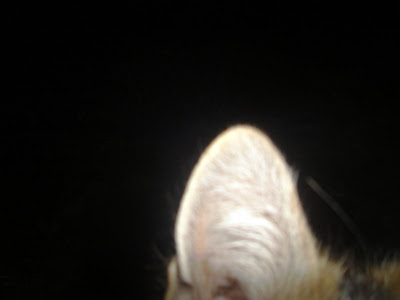 Are either of these foxes the same brother fox from two months ago?

One of them found the stick dipped in Predator 700 lure.  Carried it to lower ground and licked it and moved it again. Or maybe ate it as the stick disappears in the next image. Yum. Notice the not-so-fluffy paws. 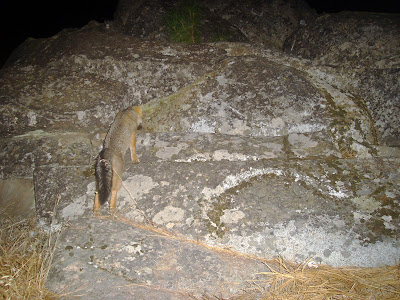 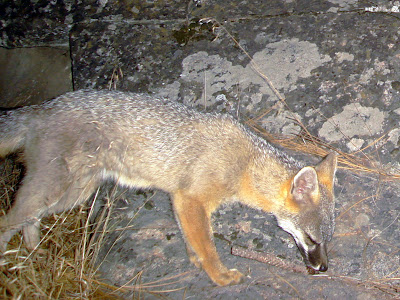 The eye shine is pretty rough in some of these images, but I am not really sure there is any good way to reduce it, other than post-processing which I was not able to do without the eyes looking fake.  No perfect picture in the bunch but a good number of decent ones.

We will see if we can make it 4 for 4 the next time we are up in the area.

I will delay the traditional (if 5 weeks is a tradition) Friday Link Dump until Monday to keep from stepping on a busy week of posting by CTC standards.  Hopefully the Codger doesn't steal too many of our links. :)