It was a beautiful day in Santa Cruz, perhaps only the 5th sunny and hot day of 2011's traditional summer + Indian summer, when Camera Trapping Campus met up to collect data from recent sets. Cams had been scattered throughout the reserve -- some in a few unexplored sections and others in areas already observed, where we are aiming to be species specific.

The marsh is one location that has been trapped with good success, so we will begin with the new goods from that spot.

An expected and returning character made an appearance two days in: 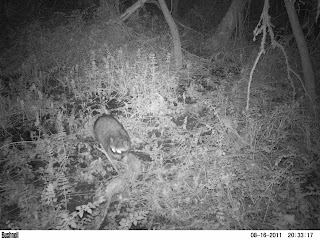 This one of fifteen raccoon visits over thirty-five days.

Next up for the expected; a young buck: 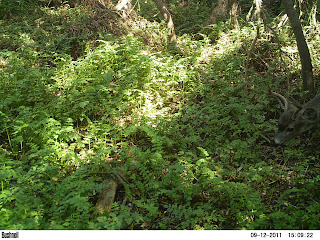 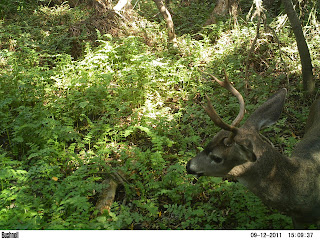 Now, getting those characters out of the way, may I introduce a new fellow on the scene -- a first for Younger Lagoon and a first for any of my sets: 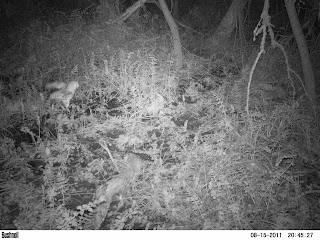 The Barn Owl visited the second day of camera operation and was captured just this once.
An enticing prize for future sets? Surely an owl specific set lies in the wait !

More to come from the marsh from Jake.