Bobcats in the Mist

The great camera trap bloggers don't post their mistakes often.  They may make a few, but not many and have so many great shots that they just don't have the time to post misadventures. CTC is not quite there yet, so I present a misadventure. 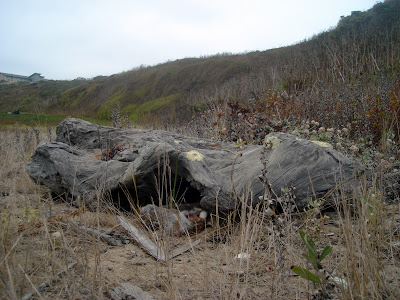 Yes, that is a roadkill brush rabbit placed in front of the camera. I happened to have a plastic bag in the car on my way to camera trap when I saw the smashed little rabbit in the middle of the road. So of course, like a good Codger student, I pulled over and grabbed it, making sure no one was watching and jumped back into the car and headed on to the reserve.

This set is not necessarily a brain fart mistake, but the set has some obvious problems that are exacerbated in foggy, coastal Santa Cruz County, and made even worse when the camera is 100 feet from Monterey Bay. 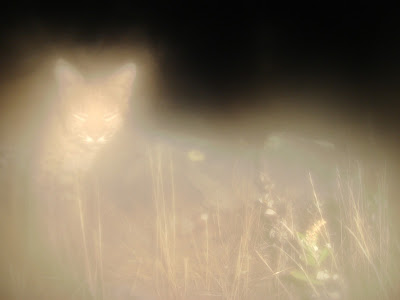 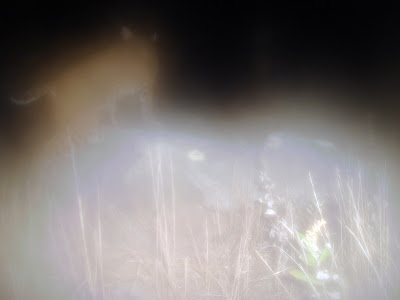 A fogged up homebrew camera.  Woulda been, shoulda been, great shots.

I have tried silica packets but they don't seem to help all that much.

I was thinking Rain-X.  It might put a slight film on the glass, but has anyone tried putting Rain-X on the inside glass of their homebrew? It works pretty great on my windshield, water just flows right off of it.  I think I may give it a try on one of my homebrews. Any other thoughts on combating condensation?
Posted by JK at 10:24 PM