I forgot I still owe you all more desert photos.  Hope you still care enough to take a look and can make it through this looooooong post. 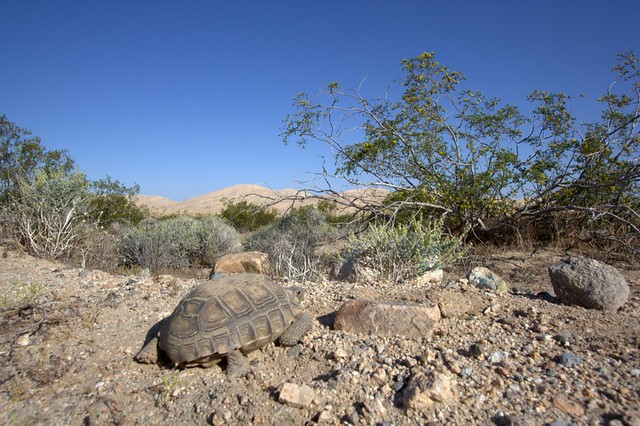 In case you weren't able to guess where we found this previous desert tortoise at the end of the post, it was in the Kelso Dunes. 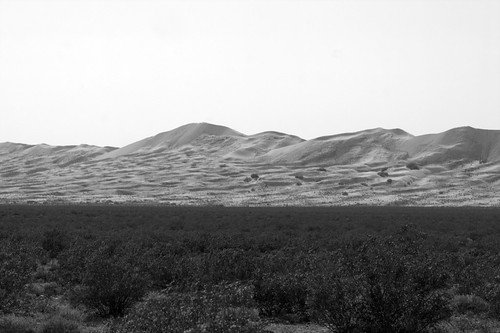 Speaking of the Kelso Dunes, Randomtruth, reminded me of this video from the BBC's "Life in the Undergrowth," that was filmed in our dunes.  Welcome to our playground Sir Attenborough.  The video tells the fascinating life history of the blister beetle, Meloe franciscanus, which can be seen running around frantically all over the dunes and on the road into them.


Now back to the pictures and our story of the dunes.

Uma are a species of lizard known by the common moniker, fringe-toed lizard. They are endemic to a few isolated dunes in the deserts of the American Southwest and Baja California. The Mojave species is Uma scoparia.  These guys are quite easy to see running around the dunes, but unless you are looking hard you usually only see a tail in the air as they speed away from you.  Early in the day before they have had a chance to warm all the way up they move a little slower and are easier to sneak up on and photograph. 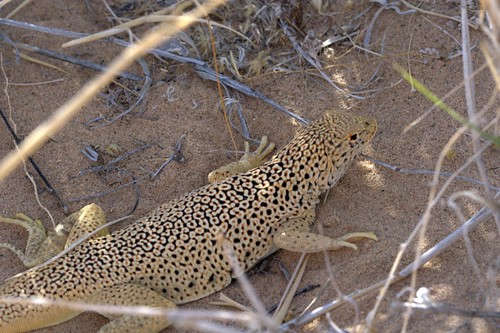 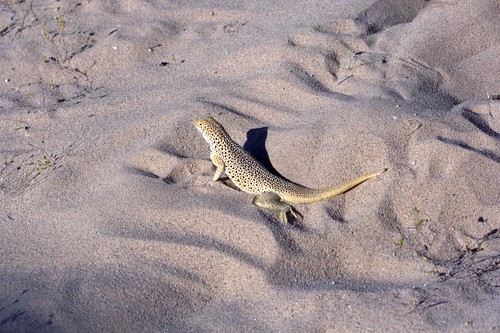 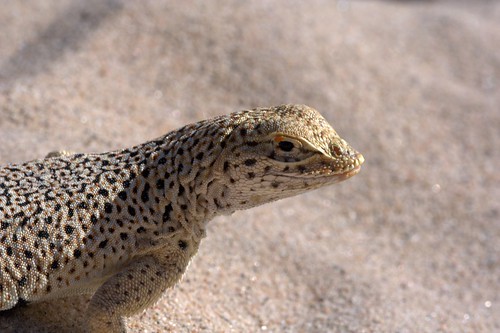 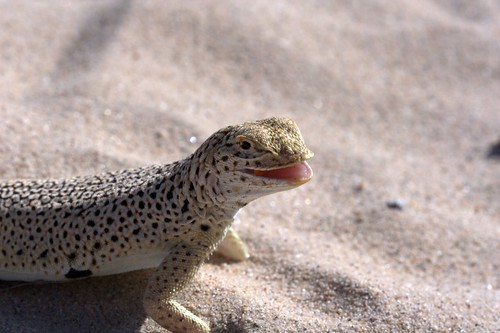 While pictures are nice you have to see these guys move to really appreciate them.  Here is a short video of a fringe-toed lizard in a PBS Nature special on Death Valley.

Here are a couple of close-ups to show the adaptations that make them swim through the sand.

John and I spent well over an hour with the sun radiating off of the white sands tracking a sidewinder.  Most every night the wind blows and erases the day's tracks giving a fresh slate every morning.  This allows for excellent tracking. We followed its tracks losing them and refinding them, losing and refinding, over and over again for hundreds of meters.  The rest of the group would wander over to check our progress get bored and move on.  Come back a bit later to see if the crazy men had found their prize and move along again. Unlike in years past we had to give up, out of water, hotter than hell and embarrassed at our defeat.

Along the way we found many a coyote track, lizard and snake tracks, rodent tracks and a veritable kit fox highway. 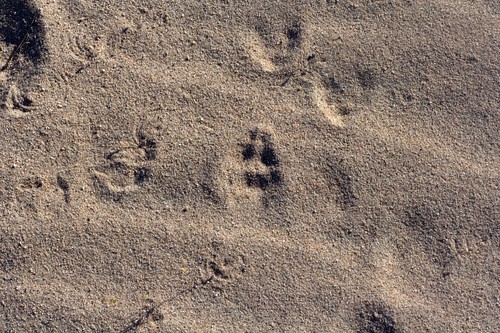 It is quite fun to look at all the tracks and imagine all these creatures plying their way through the dunes overnight and early morning.  I just love the idea of trotting Canidae out on the prowl before it gets hot, prancing among the dune evening primrose.

Despite being shook by the Crotalus cerastes, all was not lost.  We ended up find nine of them on the road during our two-hour or so night drive.  I am not sure I would have put in all that time tracking if I had known our best cerastes night ever lay ahead of us, but I do really get enjoyment out of tracking in the sand. 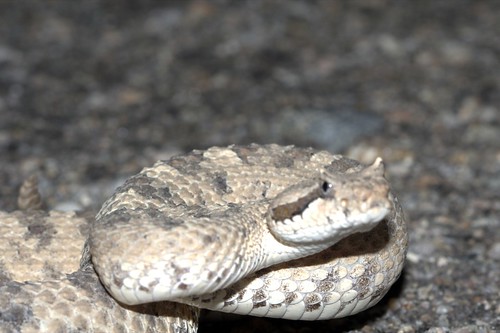 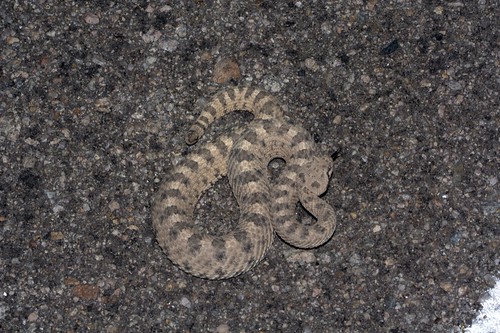 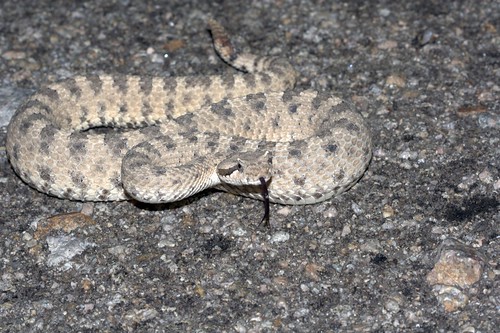 I will leave you with one campfire lunch picture from the day. 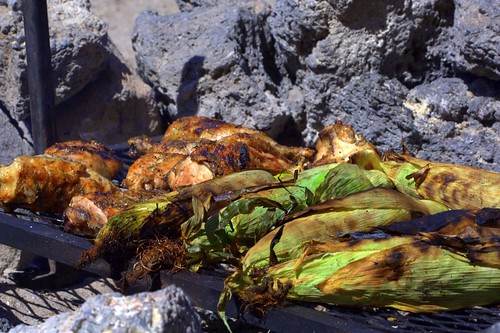