Hey something about campus! More 50% on brand posts. And a same day post, what the what?!?


Christian and I headed out to the Stanford campus for the annual Audubon Society Summer Bird Count. The trip was lead by Rob Furrow, a most gracious teacher and gifted birder. We were also joined by Jason and Alexander, two Stanford students.

We met up at the somewhat redundantly named Lake Lagunitas at 6:30am. Oh, but its also not a lake, at least not this year. Wasn't really even a vernal pond. Sadly it didn't hold water like last Winter. No toad SUPERBLOOMS. However, it didn't get mowed this year leaving lots of great seeding plants for birds to feed on.

Jacket weather lasted about 20 minutes. We could tell it was going to be a hot one early. It turned into a scorcher reaching 90°F by noon. We ended the day with 62 species and about 6 hours and 10 miles of birding by bike.

I have done other Christmas Bird Counts and Summer Bird Counts on campus, but this was the first time I brought my camera. Even so I didn't really spend much time taking pictures. Our goal was not only to count birds, but to observe any evidence of breeding success. We saw quite a bit of that. Fledgling Western Bluebirds, Chestnut-backed Chickadees, Oak Titmouses (Titmice?), Song Sparrows, and the rusty chest of 3 White-tailed Kites were abundant at Lake Lagunitas. Young Mallards were swimming in San Fransquito Creek. White-breasted and Pygmy Nuthatches were seen feeding fledglings in the riparian habitat along the creek. Even cooler was a greedy little Brown Creeper getting fed by two adults in an oak tree. We saw Acorn Woodpeckers feeding young and a young Nutall's Woodpecker sticking his head out of a nest cavity. The most abundant birds of the day were House Finches, many of whom were also feeding fledglings.

The early light and leisurely pace was good for some Western Bluebird photography in the dry lakebed.

An adult male Western Bluebird looking regal as all hell 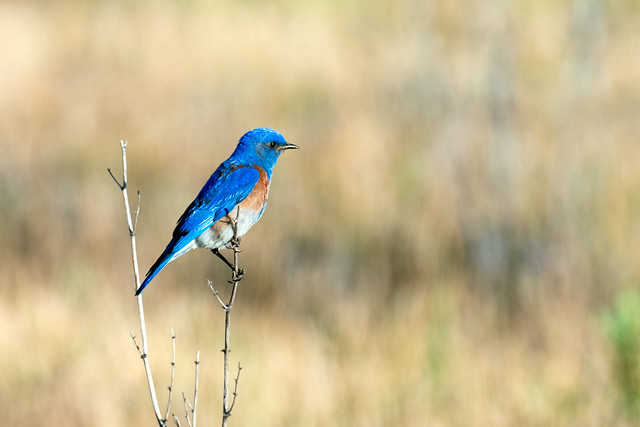 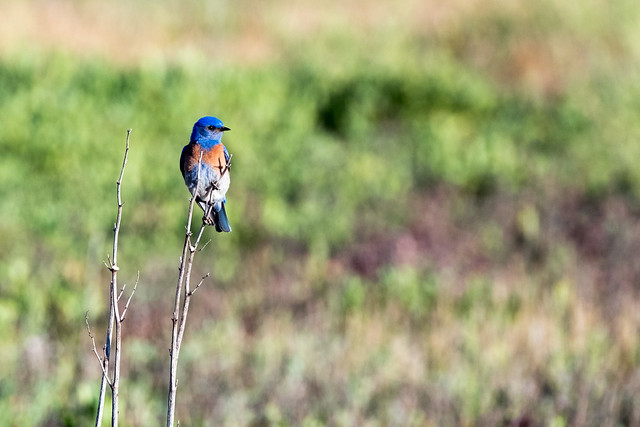 And one of the fledglings waiting for mom or dad to come back with breakfast. 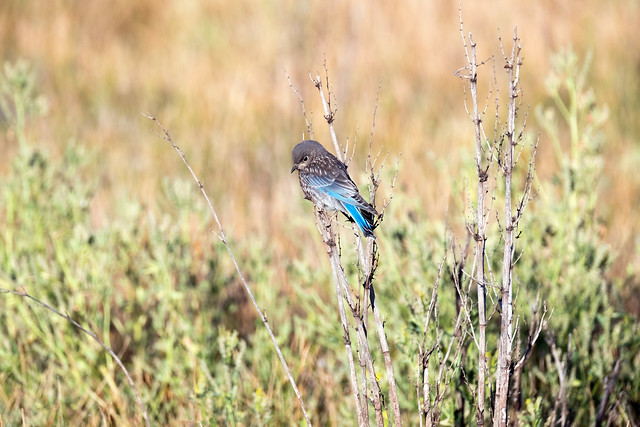 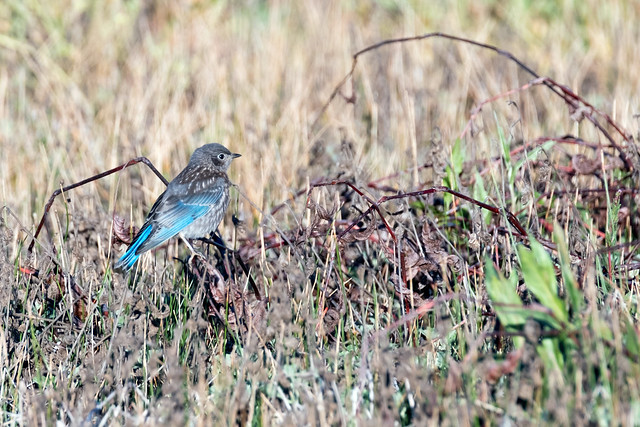 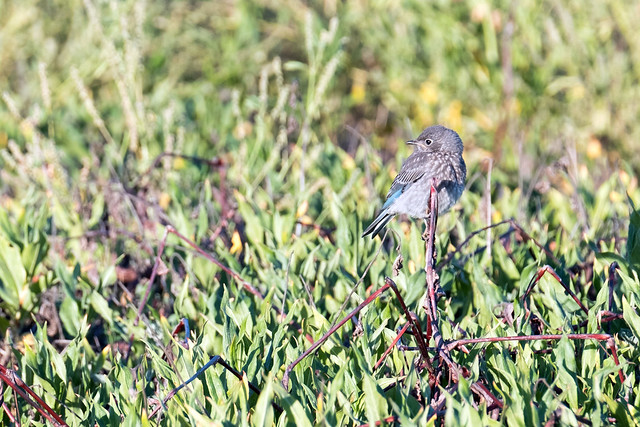 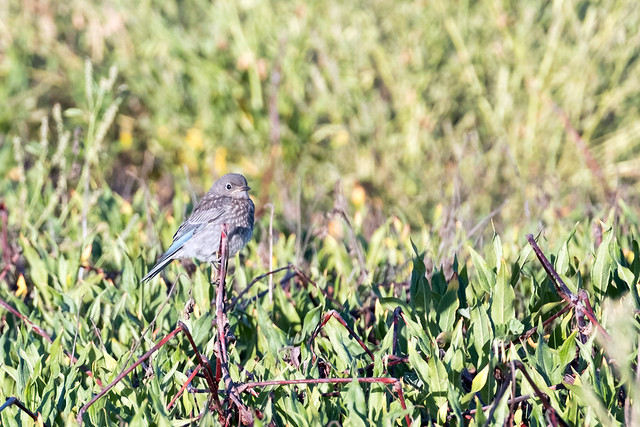 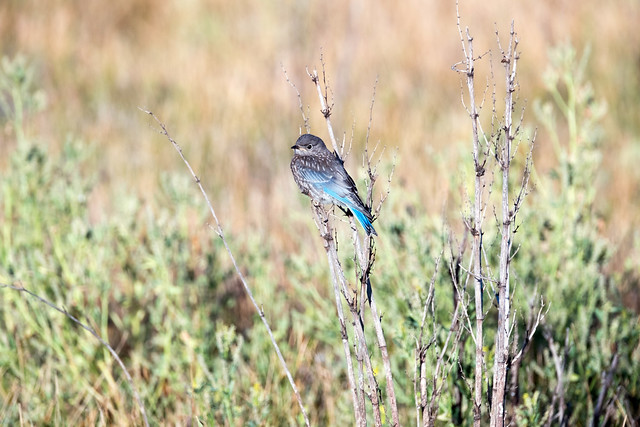 This fairly rough looking Red-tailed Hawk was on the ground in the Arboretum doing a pretty piss poor job of looking like a tree trunk. 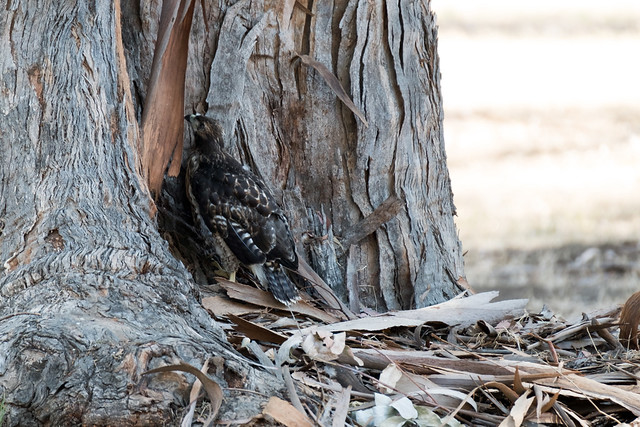 I got 4 new campus birds today, breaking 100 for a total of 102. A flyover Double-crested Cormorant was actually bird #100 (pretty lame #100 if you ask me). I didn't realize that I was missing Kestrel, otherwise I would have been more excited as it flew over my head (and only my head, the other guys were looking for a group of 30 wild turkeys reported to us by some golfers with robot caddies that followed them like a puppy. Oh Silicon Valley).

One of the two Hoover Tower Peregrine Falcons was present for a brief glimpse, but quickly flew off to figure out a way to give more tax cuts to rich people and start another war in the Middle East.

Western Fence lizards were out in full force, but it was a snakeless day. I thought for sure we'd stir up a Yellow-bellied racer or a Gopher snake in the dry lakebed.