God, Salamander season has been rough.

As I posted earlier, the weather here in Northern California has been warm and sunny all "Winter" long.

But we finally got a good rain on leap day morning, so that afternoon I headed out to the center of campus for a little 'phib hunt while my model organism did its thang for a few hours.

I flipped a dozen or so Ensatinas in about an hour. All looked about the same and I neglected to put in the effort it takes to snap a photo of a single one.

See my goal was not Ensatina, or Batrachosep, which shockingly I got shut out on, but the elusive Santa Cruz Black Salamander, Aneides niger. I had found juveniles last year and was on the hunt for an adult.

I had given up about 20 rocks ago, but half heartedly flipped a couple dozen more rocks and under the third to last rock I flipped was this little guy.  And when I say little, I mean TINY! 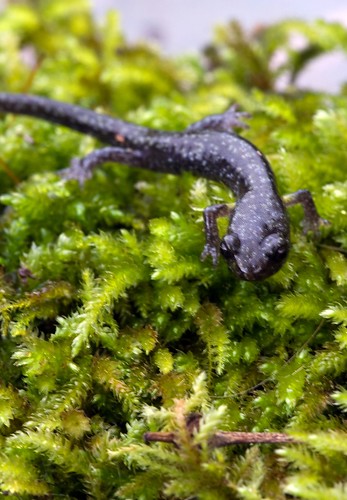 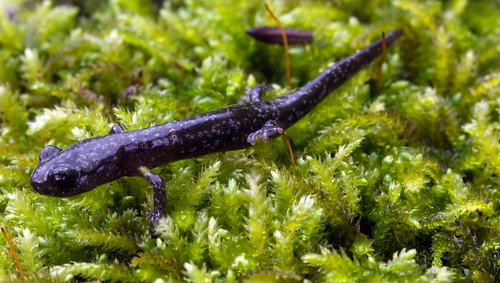 This youngster was under a rock that was on very wet dirt.  Adults are usually found under rock on rock. However, every (3, small sample size warning) juvenile I have found has been rock on dirt rather than rock on rock. 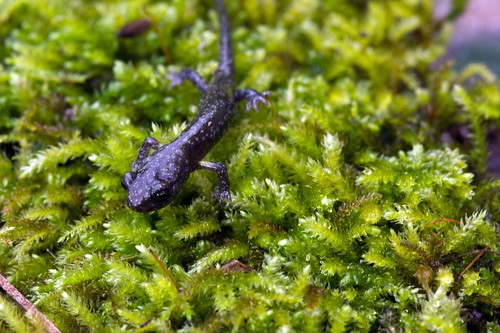 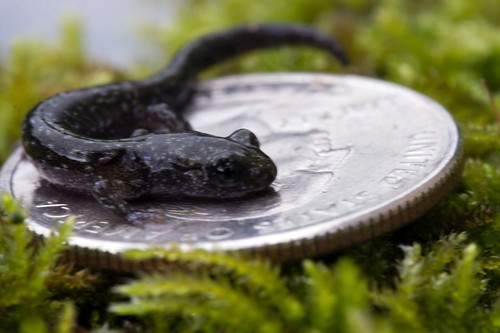 No adults, so back to the drawing board, but they have to be close by for a baby like this to exist.  Might already be too late this year, but the good news is that it was wet enough this season to produce this little guy, so the breeding season was not lost.

I still have not gotten my flash fixed so apologies for the less than perfect long-exposure images, but thought they were still worth sharing.
Posted by JK at 12:49 PM