It has been said that these are dark times and here in California this has been experienced psychologically in the mindframes of stunned and outraged progressives/rational beings/humans with a soul, but also literally with the onslaught of storm after storm.

Yesterday the clouds kindly parted to make way for glorious sun, an invitation to voyage and embrace the light.

The winter storms have brought in some unusual characters to the Bay Area and after the last Pineapple Express came through, there was a determination to see a couple of these visitors before they took off -- or met a darker fate -- RIP little Ross's Gull :(

First stop was in Pacifica for the Emperor Goose. An inhabitant of the Siberian and Alaskan tundra, records do show appearances in CA -- primarily the Northern part of the state -- about every other year. This is the second record of the bird in San Mateo County.

Many locals were also stoked on the sunshine and walking along the Sharp Park levee required a decent amount of navigation around strollers, oldsters and frisky canines.

However, the Emperor abided and performed well for the half-dozen or so birders inching towards the park fence. 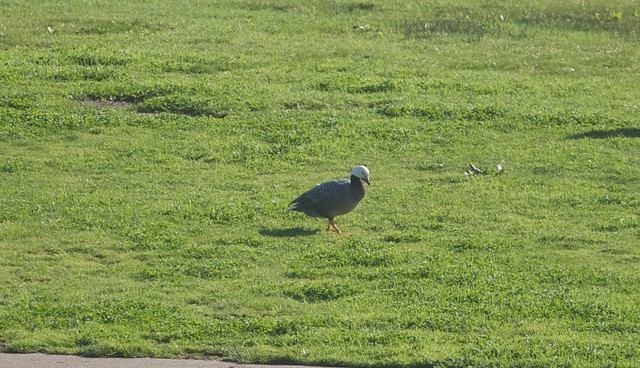 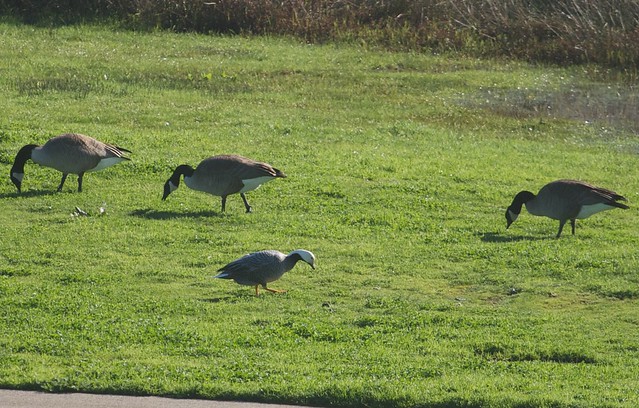 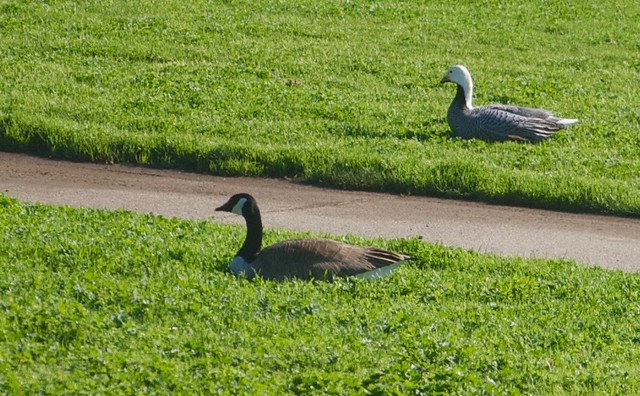 While it appears that the two goose species were on friendly terms, whenever the Emperor would forage near a Canada, the larger cousin would immediately turn, hiss and nip at the intruder from the north.

Also of note on the ocean side were several large rafts of Surf Scoters. I don't have a ton of sea -watches under my belt, so this was a unique and cool sight. No images because my lens is too weak.

The Emperor was first observed on January 23rd -- will it stay for the spring?

Following the great success of the morning, next up was the quick trip across to Colma, where JK was waiting at Cypress Lawn Cemetery. Yes folks, birding with the dead... initially kinda awkward, but one quickly gets back into the birding spirit, especially while on the quest for the brilliant Vermilion Flycatcher!

Now the Vermilion is a more common visitor in CA, particularly in the south, but for a Sonoma County boy a real treat (ebird shows only one record from north of the Golden Gate to Humboldt).

This bird was first discovered in November of last year and the fear was in us that the day-glow freak was gone after the latest round of soakings. Brief cries of alarm were attributed to finches with their red hues and there were moments where we tried to convince ourselves and the two other kind birders we teamed up with that the flash in the foliage we had seen was It.

A leisurely loop around the stakeout point did yield some nice stuff: a large flock of Cedar Waxwings, a Western Bluebird clan and the always welcome Say's Phoebe.


When it was just about time to throw in the towel, an intensely out-of-place dab of color came into focus in the distance.


The spectacular creature let us creep forward to truly bask in its splendor before zipping off. 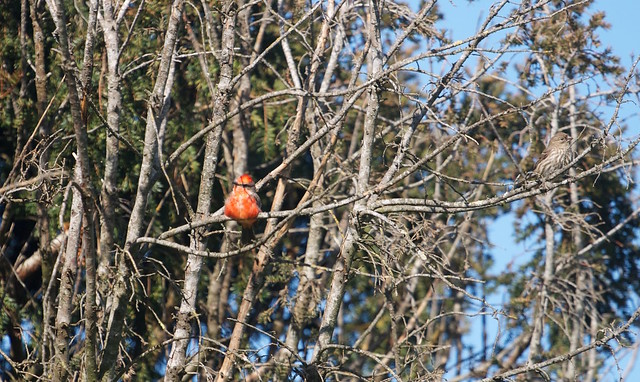 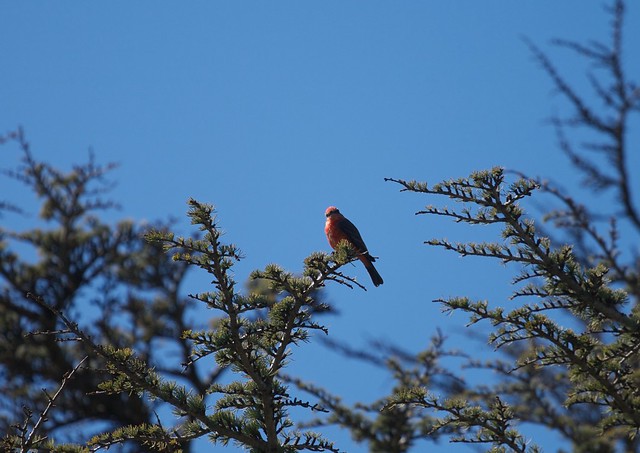 These are the best shots I got and they do no justice to this fine specimen. Truly paralyzing in person.
Posted by christian at 6:20 PM