Hey look what a little bit of rain will do.

Fungi sprouting up everywhere. A few I saw on the walk from the parking lot to the lab. Pulled out the cell phone and snapped some pictures, but didn't bother touching them up at all.

What are these things? God if I know, but I figured a weak attempt might be in order. But a post that actually has to do with something on Campus might be appropriate.

So I pulled out my trusty new mushroom guide: Mushrooms of the Redwood Coast, and immediately had a panic attack. Holy crap there are a ton of different mushrooms in the area, and holy crap do a lot of them look alike. I figured maybe I could settle for Genus, but quickly realized that I don't have much of a clue to even figure out what group any of these guys belong to. This is going to much harder than I thought.

So stopping at any attempt to mis/identify any of these, I just present pictures.

There were a couple of groups of this one. The cap appeared a little slimy or wet. 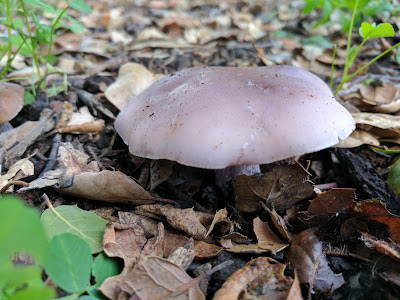 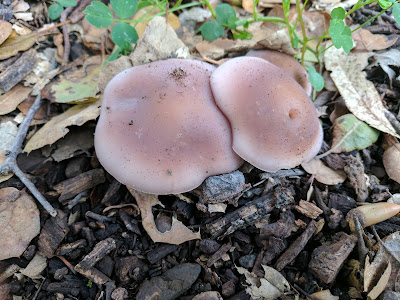 Only saw one or two of these below. The cap seemed very dry on these ones 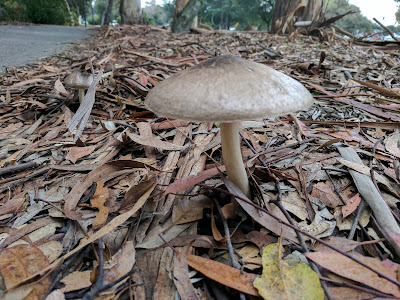 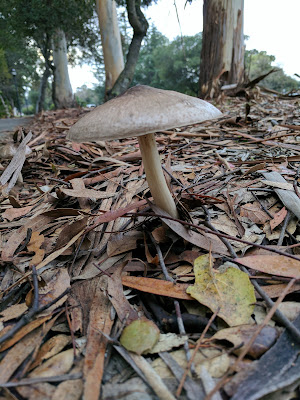 These next two are the same individual with my hand for scale (note: my hand is larger than PEOTUS's tiny fingered hands) 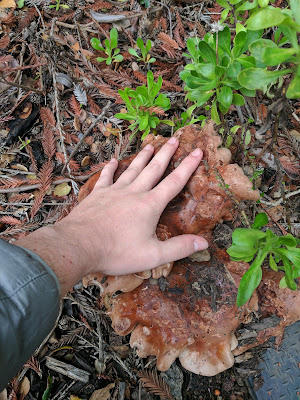 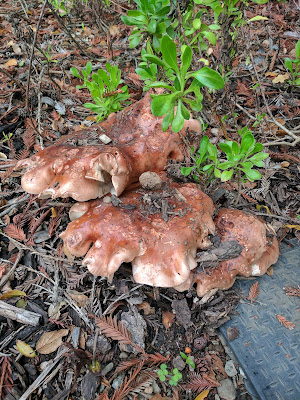 I think I only saw one of this one with the red/pink edges to the cap. 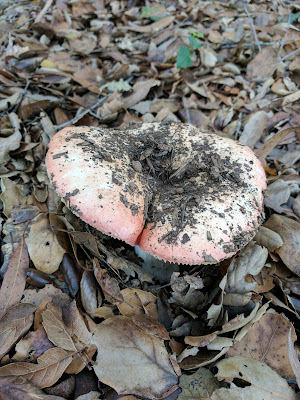 The next two images are from the same individual and were in close proximity to the one above. Similar cap, but no red/pink in them. I failed to get a top picture of the cap. 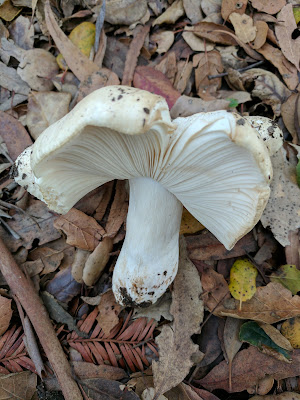 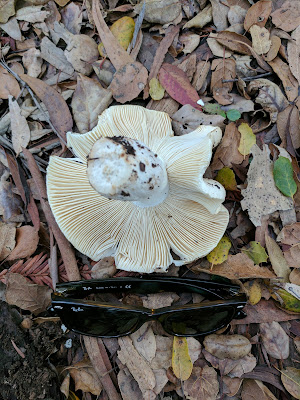 Finally lots of these guys that kinda reminded me of chanterelles, but not quite. Were both under oaks and eucalyptus. Some had wider stalks like the first picture and some had skinnier stalks like the second and third picture. Its also possible these aren't all the same. They were growing mostly in groups and popping up through the natural mulch 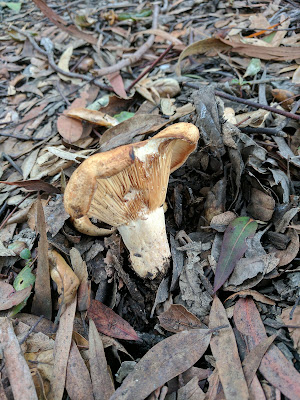 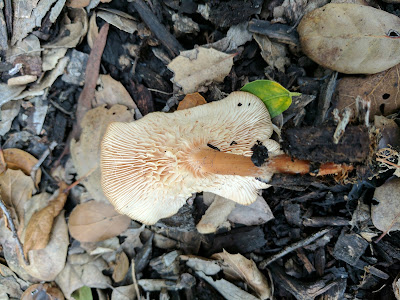 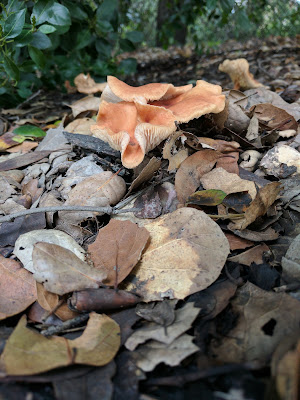 I thought birds were hard, but damn fungi ... They may hold still but its hard to even know where to start. If anyone want to chime in with hints or full IDs it will be much appreciated. Mad respek for the mycologists.
Posted by JK at 4:32 PM