A Fleeting Glance: Birding in Havana

Cuba is a confusing and at times truly frustrating place, but one with a magnetic culture, history and ecology that has intrigued me for many years.

April 2016 marked my second trip to the island, the first occurring nearly five years ago in 2012. The first trip was a wild, whirlwind of a trip with three co-workers, one of whom would become my wife. There is a bit more to that side of the story, but that will be saved for the Special Ed teacher tv series script (in progress).

Relevant to this blog, exploring natural history that first trip took a backseat to a frenzied week in Havana that focused on Cuban staples such as music, baseball and gallons of rum, all with the attractive aura surrounding us as Americans in Cuba pre-Thaw.

Last April's trip was with my wife only and while much of our plan was a continuation of her family discoveries from the first trip, we also set aside some time for deeper explorations based on our own interests -- so I got some vinyl crate-digging in and a birding trip to the Jardin Botánico Nacional, just south of the city.

It was a brutally hot day and we were half-delirious from lack of sleep and Zika paranoia after three nights of unwilling participation in a mosquito buffet...yet we chose to walk the grounds rather than explore all 500 acres on the tractor tour? Anyway, we stumbled around the gardens for a couple hours which were at times, loudly soundtracked by Mockingbirds and legions of Greater Antillean Grackles. 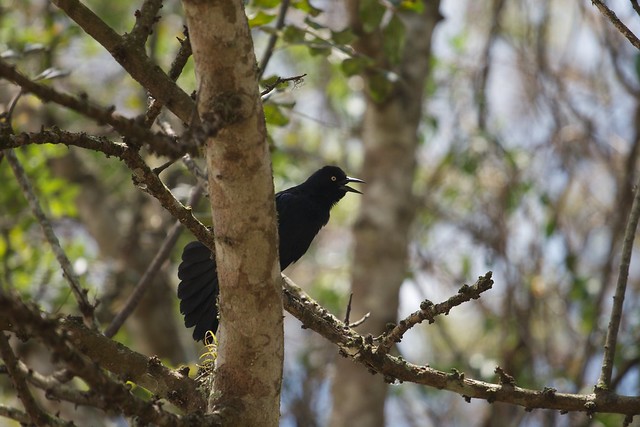 Anoles were ever present, clinging to broad leaves and sides of structures.


This dead snake is notable because it is the first and only snake seen in Cuba, counting both trips.


Thoughts and plans for trip number three to the island are already brewing, with Viñales and the Zapata Swamp part of the itinerary !
Posted by christian at 10:00 AM