The start of summer signals a time for camera trappers to prepare for a pilgrimage to the Sierras for a gathering of the cult of the Codger. For some it is a one time experience -- a landmark trip, yet too intense to repeat. Others return; eager to fly even higher towards the sun...

Camera Trapping Campus are these latter warriors and in order to participate in such festivities, all cams must be pulled from previous sites. What follows are the final captures from the 2010-11 season at the West Marin location. 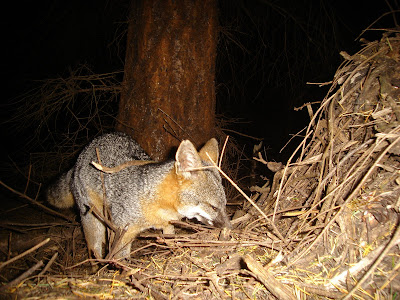 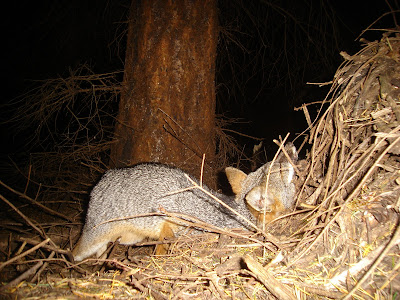 This is a new set, for which we had high hopes. An initial placement provided a stunning background, but little showed up within the frame. After a visit in mid-April the camera was moved closer in, focusing on a log spanning the creek. 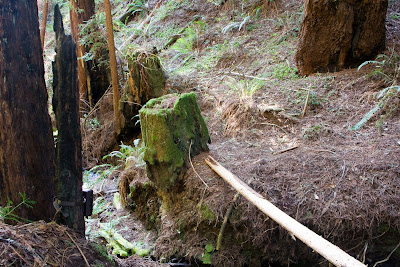 When collecting cams a month later, I arrived at the set location -- no cam. Stunned, I searched
among the duff and in the creek to no avail. It made no sense; the camera had been placed well off trail and human traffic in the area had to be close to nil due to the terrain.
Relief, however, came two weeks later when my contact at the reserve informed me that they had a cam in their office that had been collected by the sheriff after a report of "suspicious activity"* in the area.

The results from the camera were disappointing, but it felt good nonetheless to know another camera was not lost to thieves. 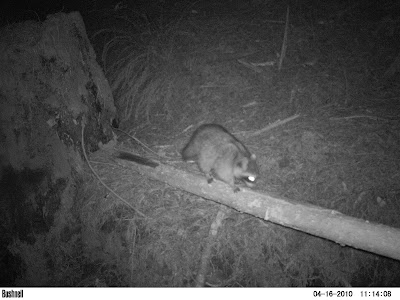 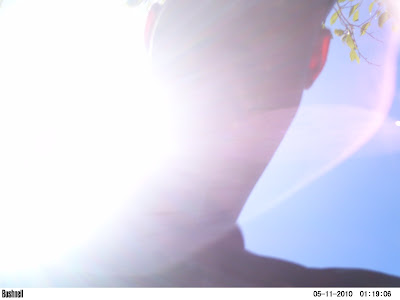 All in all, a good rookie year in West Marin. We look forward to next season with a deeper classroom experience and a focus on the small mammals that inhabit the wetter habitats.


*methinks this was the scruffy CTC crew !
Posted by christian at 7:57 PM