Midden has become one of my favorite words since entering my vocabulary about six months ago. However, without supporting stories, it is a rather strange word to randomly throw around in conversation.

It was then with great joy that Jake, our friend Sean and I discovered several significant wood rat middens at the Marin County site. Which made it okay to bring up with random strangers, right??? 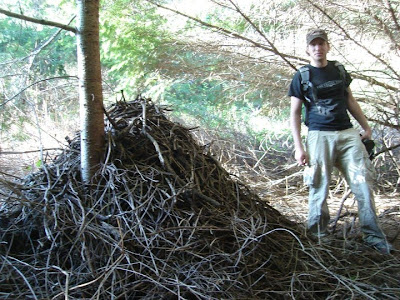 master of the largest midden

A homebrew camera was set up at one of the smaller midden sites due to accessibility and perceived activity.

After 27 days we discovered several inhabitants and occasional visiting friends. 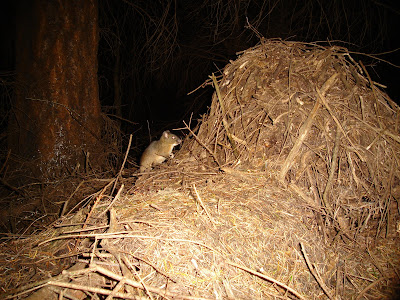 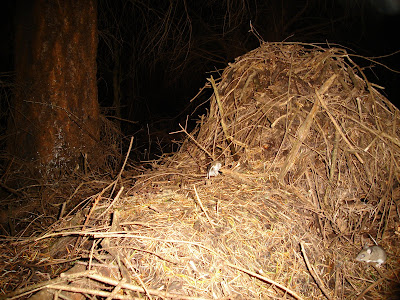 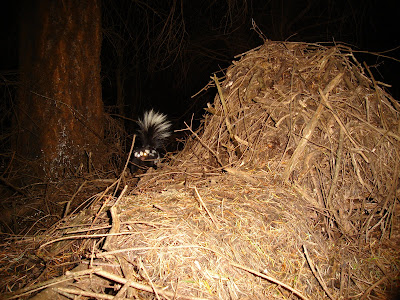 The spotted skunk capture was significant. It had been a target species that had eluded cameras going back to the Codger's previous solo surveys of the preserve.
Posted by christian at 5:26 PM