For the first time since starting my postdoc I was actually able to make it down to the Mojave Desert with the gang (blogmate Xian and Randomtruth included) for a few days of herping, botanizing, and general tomfoolery.

It was a bit of a weird trip. Despite being the latest trip in the year we have ever done it may have been the coldest. The wind blew and hoodies and jackets were necessary as soon as the sun went down. These factors lead to very poor night driving conditions and we put in only minimal effort during the witching hours on the road.

Most of the herps we saw were during the day including this nice Speckled Rattlesnake, Crotalus mitchellii. We saw this nice girl in sunning herself on some rocks in a wash near the Trilobite Wilderness in the Marble Mountains. 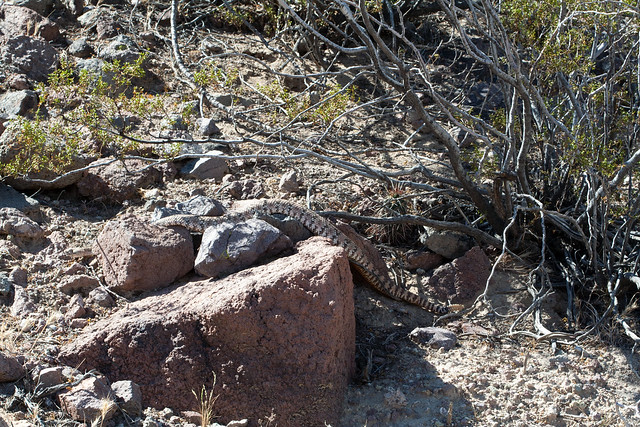 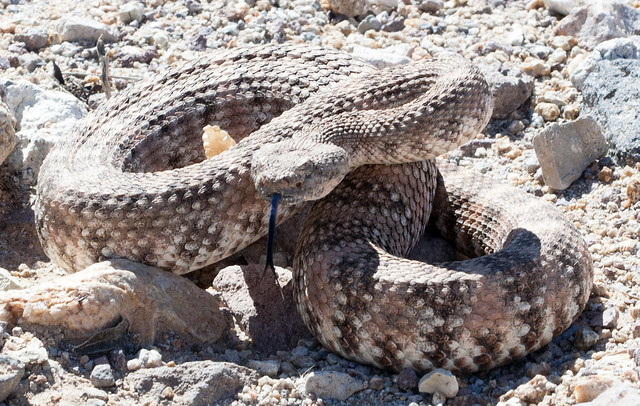 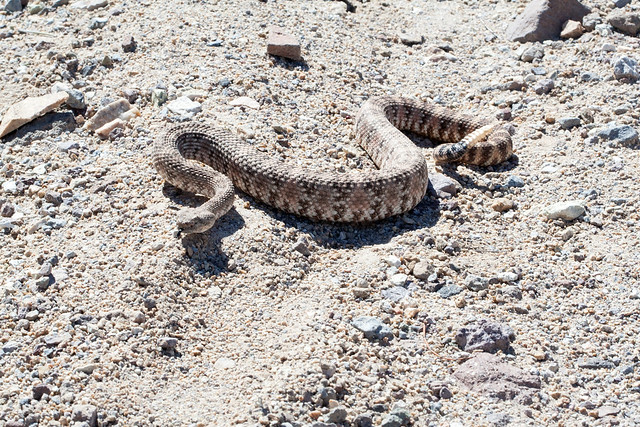 This was a new area of exploration for us and a place I'd really like to check out further. We saw plenty of sign of Desert Bighorn Sheep, but no actual animals. Still sweet though. While fossils looked pretty picked over there seemed to be a few one could see still in big rocks (to my untrained eye). I would love to go out there with someone who really new their geology. There was a lot of this really cool seafoam green rock. The camera didn't capture the color as it was IRL. 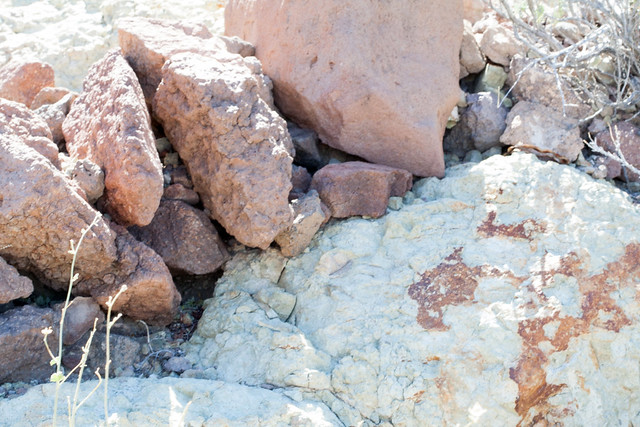 I like to think there was some dinosaur out there with heart shaped feet making these marks, but alas just Mother Nature being random and my human eyes picking out a familiar shape. 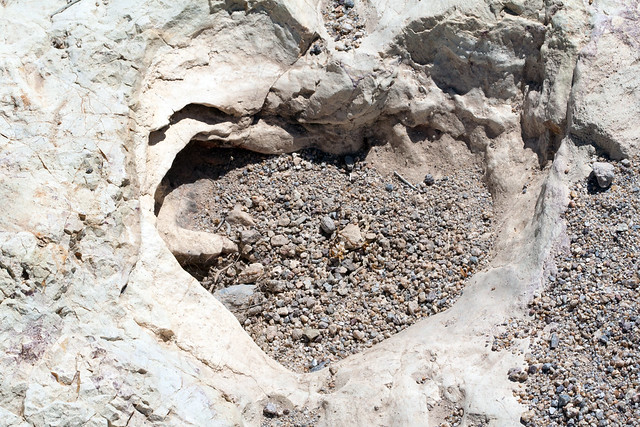 We found a very cooperative Desert Iguana not far from the car on the way back from the end of the hike in Trilobite. 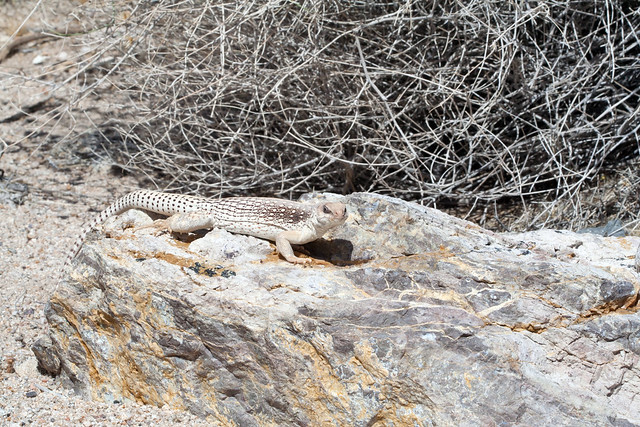 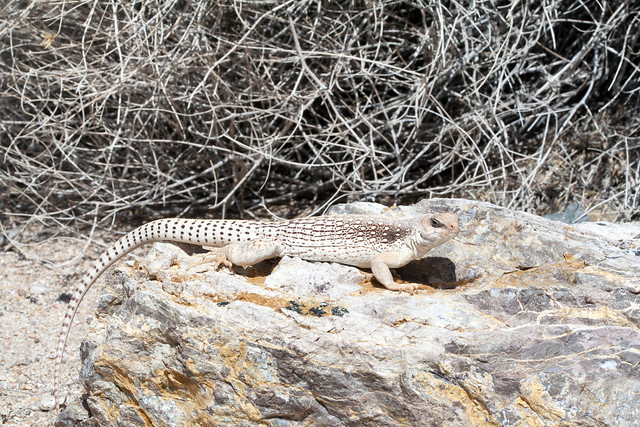 Our single night of driving the roads gave us only two living species with a few individuals of each. First a very young Sidewinder, Crotalus cerastes. 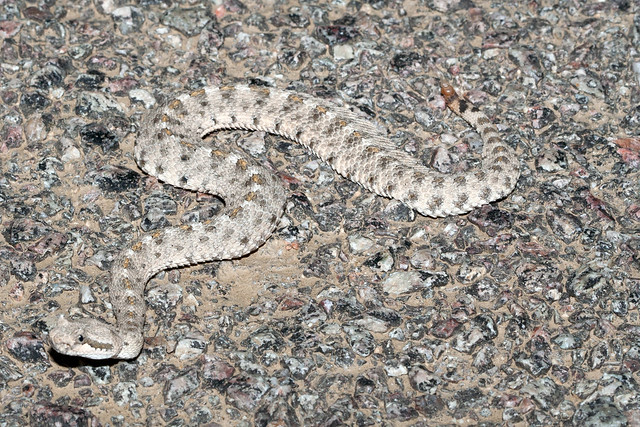 Then a black and white morph shovel-nose 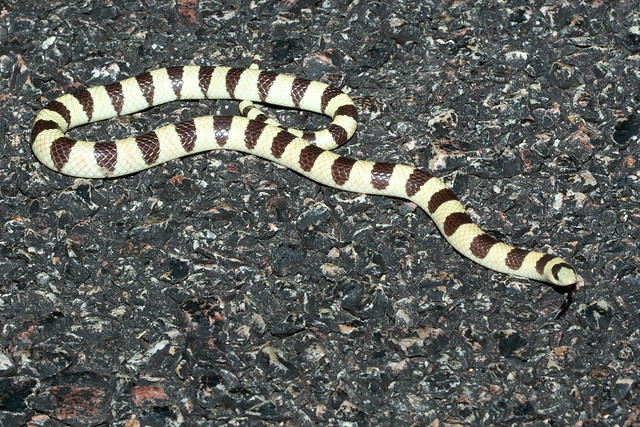 And a few Desert Banded Geckos, Coleonyx variegatus variegatus. This one and a few others appear to be hypomelanisitic. We have noticed apparent hypomels before in the Eastern Mojave, but it would be nice to know if they bred true and this was a simple genetic trait. Maybe someone out there has done this research. 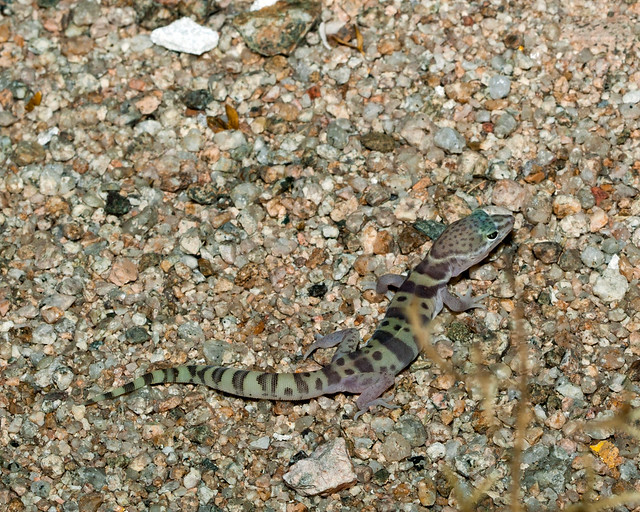 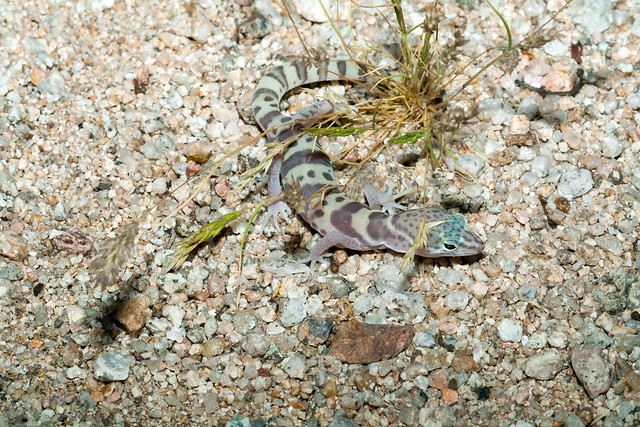 Next a Desert Patchnose, Salvadora hexalepis mojavensis, that we found in the Granite Mountains. 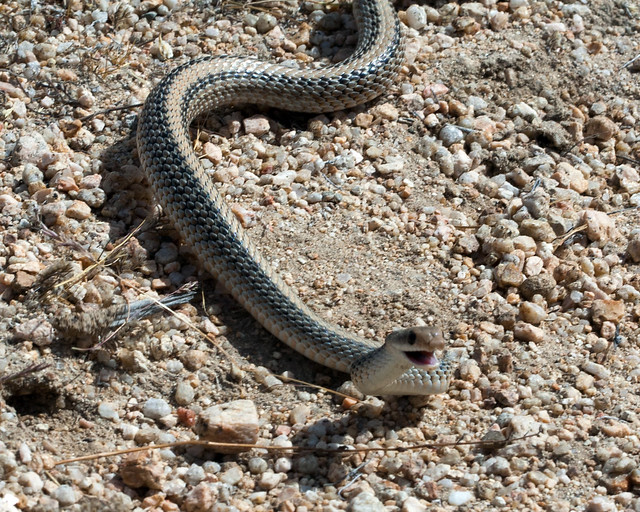 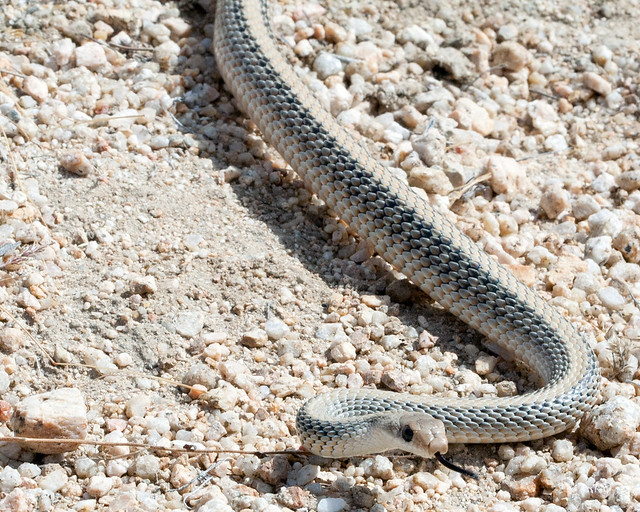 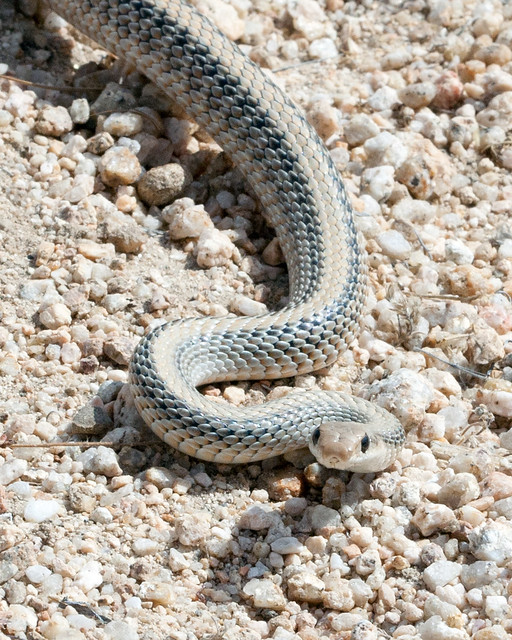 And finally the best herp of the trip, a baby Desert Tortoise. It is always so great to see the majestic tortoise, but even better to see a young one, knowing that recent breeding efforts have been successful. This baby was found less than a mile in the same wash that we found an adult female a few years ago. Maybe it is her offspring? 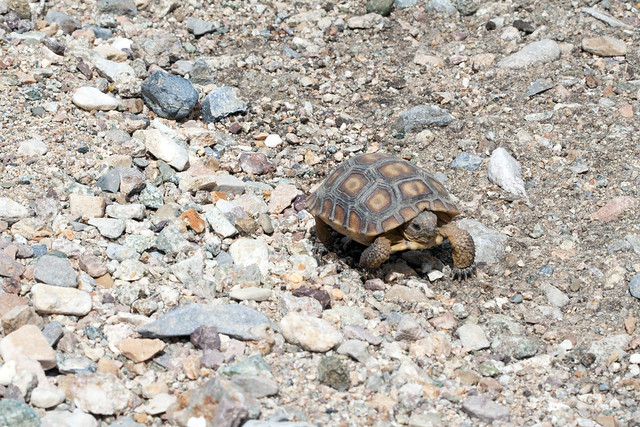 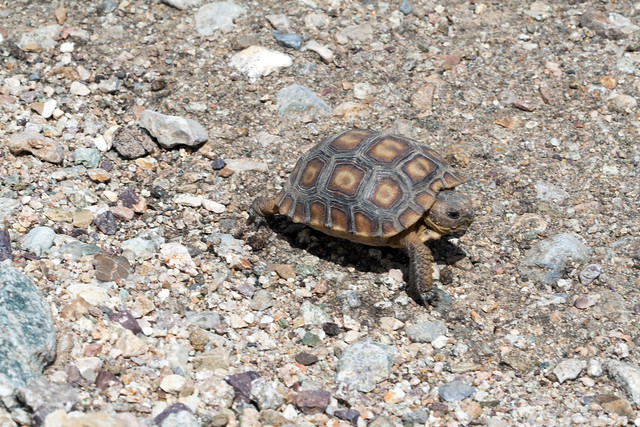 UPDATE: Meant to include the statement that we do NOT collect on these trips, just in case anyone was worried.
Posted by JK at 1:25 PM