A Semester with the Otters

A quick review of the first six months of this past year's Biology class adventures with Las Gallinas Valley River Otters:

Cameras were placed based on field surveys. The otters emerged and began to appear on camera from April on with a regularity.

Some grooming and general otter spazziness has been observed.

Students were able get a nice glimpse of their swimming patterns.

In addition to the otters, students have been able to get to know other local fauna. One of their favorites, CA kingsnakes, were out frequently this late spring/early summer. 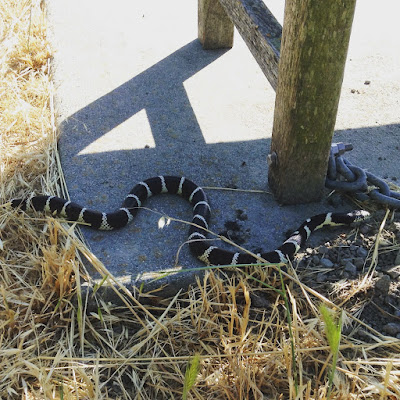 The school year ended July 1st, but I have continued to collect data and craft curriculum this summer for next year's class, which transitions into Environmental Science.

not sure if there is a young one among this bunch


This has been a pretty awesome experience to share with my students and I hope that their appreciation for the natural world and the possibilities for citizen science have grown as a result.
Next "year" is coming up soon and hopefully the adventure continues deeper into the story of the otter!

Posted by christian at 3:54 PM