In Mid-September, CTC met up to again travel the seas off the California coast in search of glorious wildlife.
For our second pelagic, we were to depart from the Half Moon Bay Pillar Point Harbor. The leader of our trip: once more, the great Alvaro of Alvaro's Adventures.

Spirits were high among the group as we shivered along the slips... many were on a quest to catch a glimpse of a Brown Booby and consistent information placed them at the Half Moon Bay weather buoy. Additionally, word had come of a Guadalupe Murrelet sighting out of Bodega Bay and the birders were getting hard for the thought of any unexpected Alcids.

As we slowly departed the harbor a shout roared out from the deck, "White-faced Ibis!!!"
We could just glimpse the majestic wader rapidly streak across the dark gray sky heading back towards land.

The unusual sighting was taken as a good omen.


Drifting through a light fog, we entered Half Moon Bay. As the visibility began to diminish, eerie cries began to fill the marine air... the begging calls of a juvenile Common Murre.


On our previous pelagic we had a few Common Murre sightings, but they were truly out in full force this day.

We continued on past a large raft of Sooty Shearwaters towards the weather buoy. Along the way there were several Rhino Auklets in the distance and closer to the boat, a school of mola mola that were at the surface. 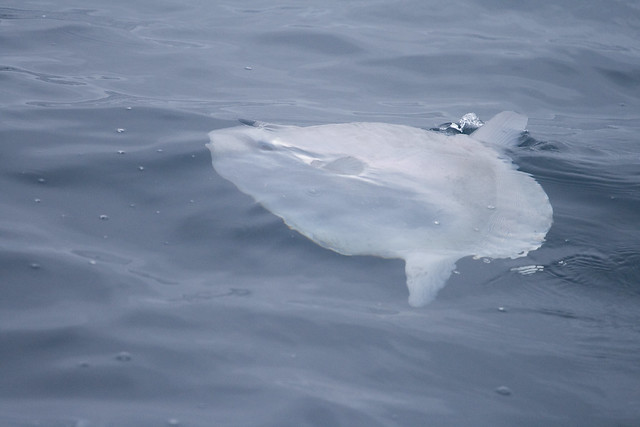 Some of the gulls that had been following us and our popcorn trail shifted their attention towards the strange sunning fish and began nibbling at their skin.
The mola mola have a multitude of parasites on their skin and the visits from these seabirds are one form of relief. A very cool behavior to see.


The buoy was finally reached and the camera shutters went nuts as our captain did a 360 or possibly a 720 around the two boobies. Who knows, I was in the same feverish state, which can be seen by the crap ISO and my failure to recognize... 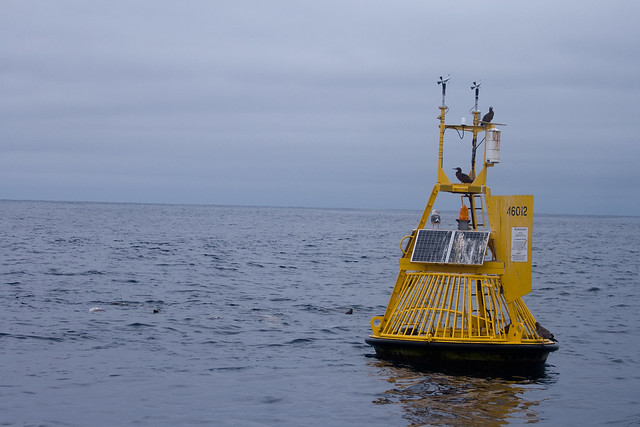 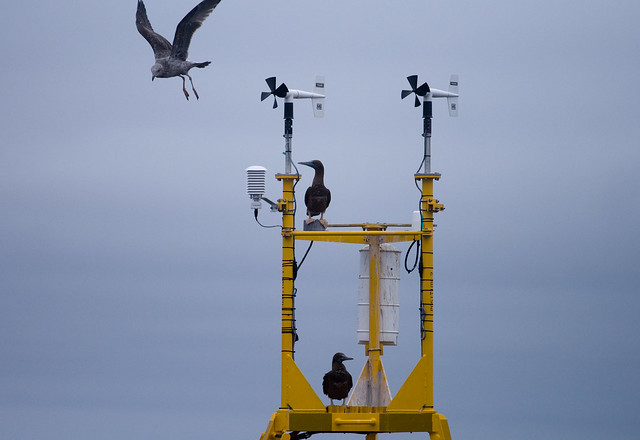 However the real treat of the trip was what followed: 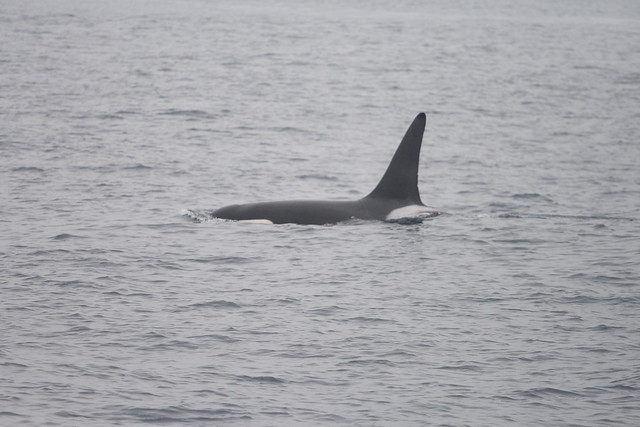 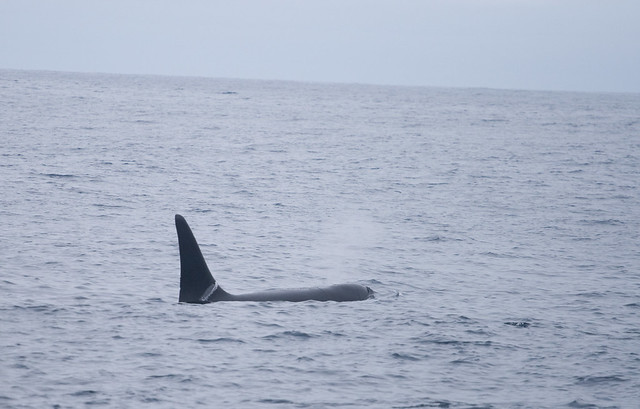 The sighting of 4 Orcas!
Our captain had spotted one, and as we slowly crept up on it, three more appeared in the distance. For what seemed like one of the most tense 20 minutes of my life, the boat trailed the orcas -- all while we saw what appeared to be a sea lion breach the surface nearby -- was the pod on a hunt?
Unfortunately, despite all our bloodthirsty thoughts, no kill took place and a couple birders called for a change in direction to zone in on some Sabine's Gulls... not a plan that JK and I were down with.

Later we were to learn that closest to the boat was Orca O188, an offshore ecotype adult male.
Offshore ecotypes known are thought to be fish eaters -- especially fond of sleeper sharks -- and are rarely seen.
O188 was last reported sighting was in September 2009.

Not much is known about this particular ecotype, but since this trip the Orca Network has blown my mind several times, proving to be both a great resource of information and a location for citizen science to take place.


Even after the tremendous high of following Orcas, there was still more excitement to come: 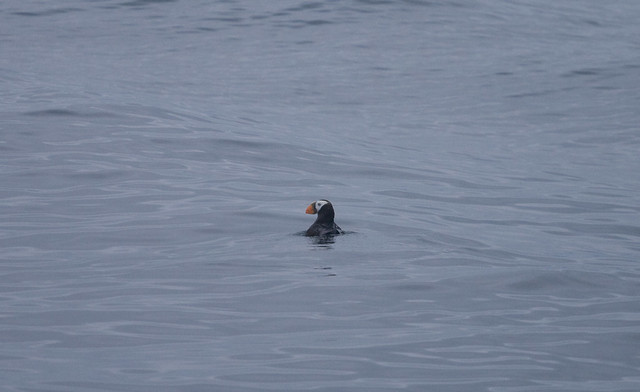 A couple good looks at Tufted Puffins, which for this relative novice, were quite exciting.

Finally, there was the case of the passerine stowaways.
First to join us onboard was a Brown-headed Cowbird. Once it landed, it chose to stay up high on the boat, mostly out of sight.

The other visitor, a Yellow-rumped Warbler.
It was far more sociable, coming down to the deck many times to check out the food situation and say hello to several birders. 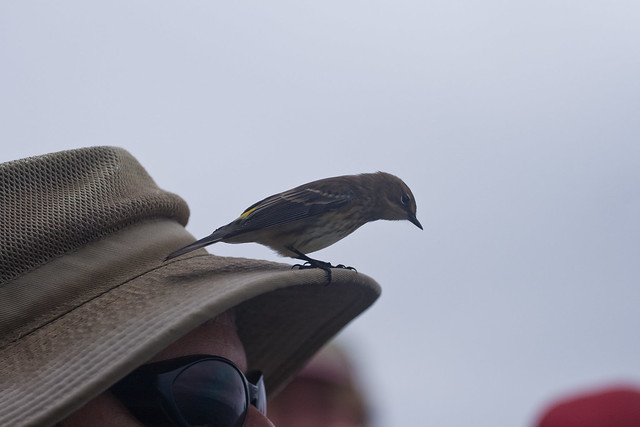 All in all, a pretty amazing trip with a handful of lifers and the damn ORCAS.
T'was an exhausting adventure, though. After 8 or 9 hours of exploration, we decamped for celebratory ales at the solid Hop Dogma. Halfway through our first and what would be our only pint, both of our heads were seemingly falling into our glasses, drunk on the day's experience at sea.