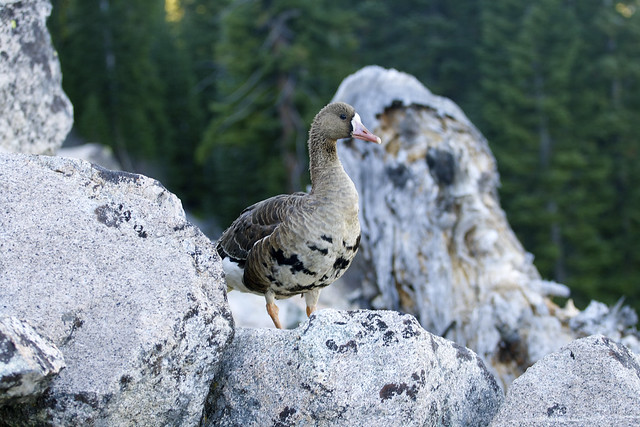 Some 2 million species of plants, animals and other assorted organisms have been discovered on Earth. Perhaps millions are left to be discovered and described.

The new species belongs to Anser, a genus of waterfowl (grey geese & some white) in the family Anatidae. 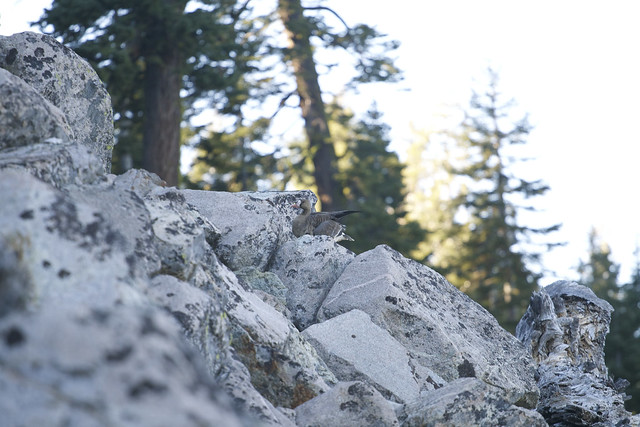 It is a difficult-to-see creature, living mostly among the large boulders of talus slope. With its grey dominant plumage, camouflage is provided to avoid both predators from above and large ground-stalking mammals, like California's only known Wolverine.

Further studies are needed to determine feeding habits, though it is theorized that they eat lichen from the boulders. It is definitely known that they don't like lettuce.

One vocalization is known:  a low grunt, "rrrrr".

The rare goose was first spotted at 6300 feet with canine assistance, as the barking by a naturalist's dog alerted the group to scan the slope for animal presence. 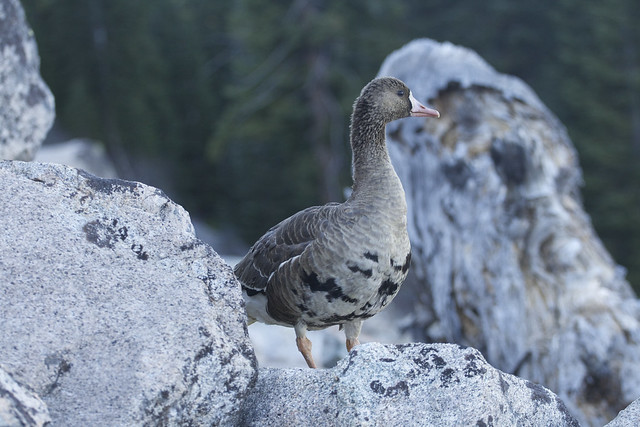 Posted by christian at 9:00 AM