Yeah that is right.

Or maybe you saw Swingers and or some other Hollywood flick where the protagonists head from LA to Las Vegas. I doubt you saw the misspelled Zyzzyx Road, staring Katherine Heigl, considering its US gross was $30.

Yes 6 people saw this movie in the theaters.

I wish I was one of them, but sadly it was only showing in Texas. Netflix?

Or maybe you saw Zzyzx, the correctly spelled version. Another low-budget thriller set in the Mojave. Yeah, didn't think so. 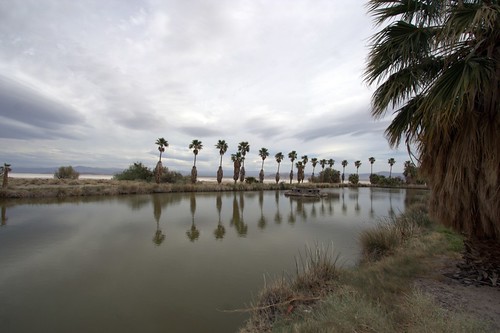 The research center is home to Vermillion Flycatchers in the Summer. I have not seen one mostly because I suck at birding. It is also home to the Mohave Chub, Gila bicolor mohavensis, an endangered fish. I have seen one Mohave Chub in my life. It was in the beak of a Kingfisher. Obviously a Kingfisher that doesn't give one shake about the law. Damn Rebel.

Sometimes in the desert you run into bizarre hippie shrines. Considering Zzyzx used to be a "health spa" it is not surprising that one can find shrines in the area. This one is just north of Zzyzx Rd. You can even see the road in the second photo. We were not looking for shrines but lizards. Sadly it was overcast and very few lizards were out. Though that beats 2010 when it was raining on our last day and we had to call off the Zzyzx portion of Mojave loop. 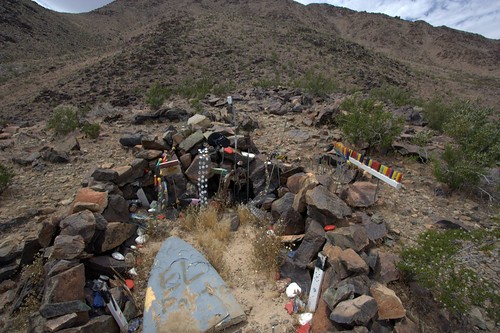 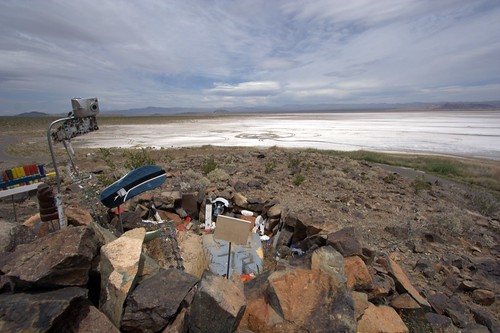 That is one of the many eponymous Soda Lakes of California. How many are there, does anyone know? Gotta be a handful. 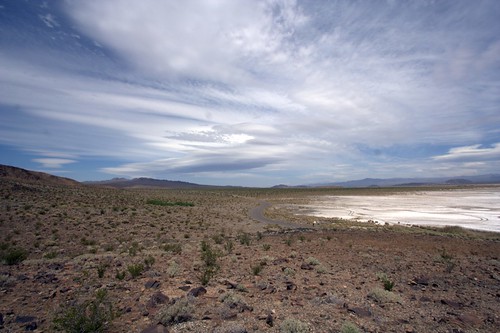 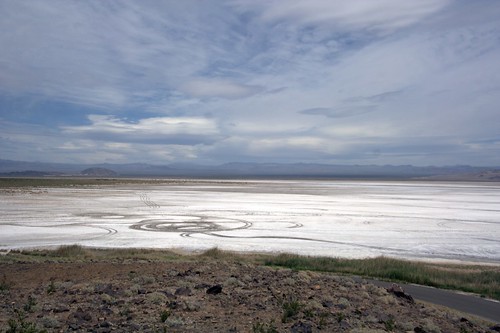 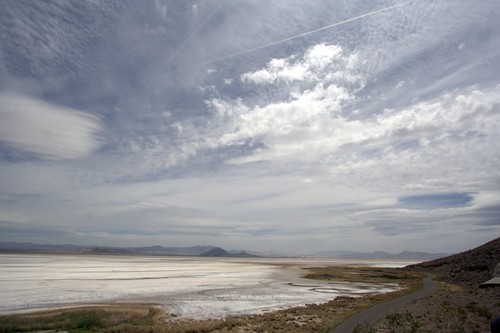 Maybe this Summer I will try and make this a proper panorama shot.

Notice the AWESOME donuts in the dry lake bed.  I hope the guy that did that impressed the girl.

And I hope she gave him herpes. 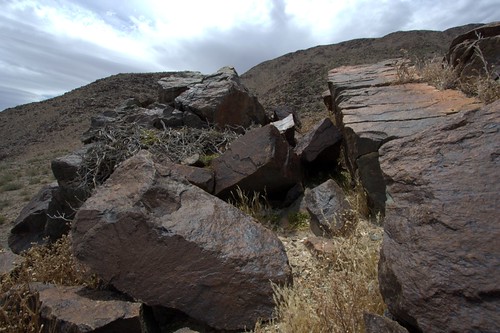 If you can't tell why this shot is the best of the series then you need to change your priorities.

Email ThisBlogThis!Share to TwitterShare to FacebookShare to Pinterest
Labels: I suck at birding, Mojave Desert, Zzyzx