Camera Trapping on the Beach

I made this set back in the Spring on the beach dunes pointing North away from the Ocean.  Yes I said North.  In most of Santa Cruz County the ocean, more properly Monterey Bay is South rather than West.  Believe me it is quite confusing to the internal compass.  I have to constantly remind myself, so that is South not West.  I happened to find a freshly dead seagull and moved it a few feet in front of the camera to see if something would come by and dine on it.  There were bobcat prints around the seagull, so I was obviously hoping I had scared it off and it would be back.

The first things to come by were about 90 images of a field biology class.  I did not want to go through the trouble of getting their permission to post their images so you will have to take me at my word.

Next was a bobcat that came by during the night and sniffed around for a minute or two.  Unfortunately all I got were butt shots as it placed itself between the camera and the dead bird. This is not either mum or kit that we have seen so often before. 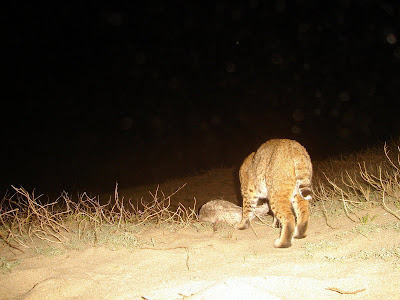 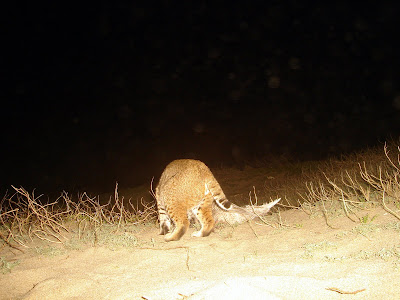 The bobcat did nothing more than sniff.  I guess it was not hungry enough to eat a three day dead bird.  Or maybe they don't care for greasy seagulls.

A killdeer checking the area out.  These may have one of the better latin names in all of the bird world. Charadrius vociferus. Vociferus indeed. 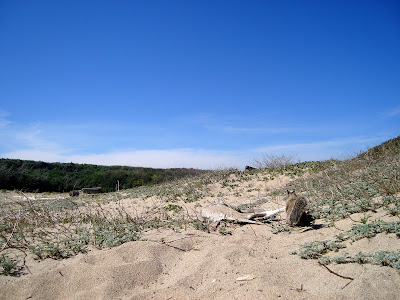 A ground squirrel.  Gotta say his real estate is much better than all the ground squirrels we see in the meadows of campus.  I am sure he has a bit of a collapsing tunnel issue though. 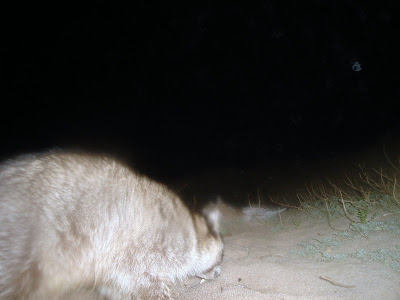 A raccoon stops by in the rain.

Beecheyi on guard once again.

Batteries only lasted 6 days due to the large number of human triggers and yielded mostly butt shots, but the killdeer and ground squirrel were new photographed species.

I reset the batteries and gave it another shot with only slightly better results that I will share next time.