Randomtruth posted some great photos from our Mojave trip. One of them included an in hand picture of a yellow backed spiny lizard, Sceloporus uniformis "right before it ravaged [his] hand."

I am said that the Mojave Sceloperus has lost its designation as magister not too long ago as the splitters won the current round.  magister is so much better than uniformis;  uniformis is so plain and well, uniform. S. magister on the other hand screams importance and these really are one of the coolest lizards around.  Stunning markings, fun behavior and fairly tough to get in hand.

Back to the story I started. This guy was not happy getting his picture taken and he let randomtruth know it. Here is the series of photos of said hand ravaging.  I have to say that we were all laughing about as hard as you can in 100°F heat.  As you can see we are all taking pictures of the little lizard getting his revenge. 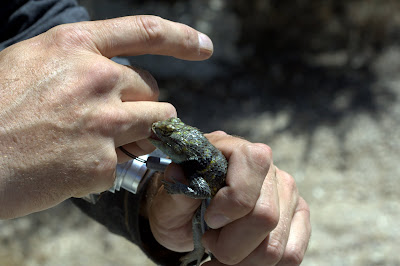 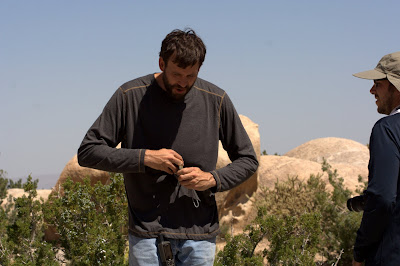 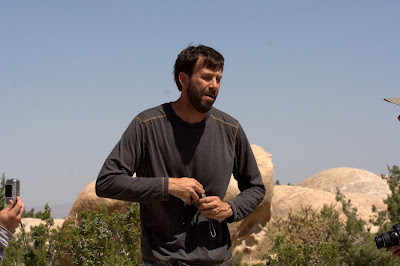 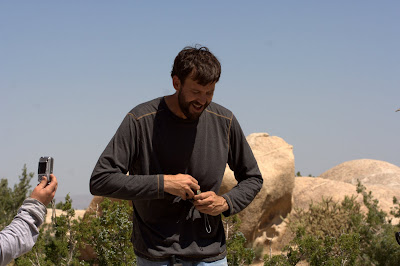 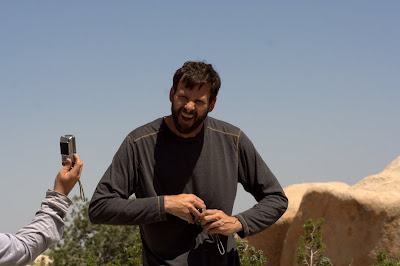