We return to Younger Lagoon for the last set before our current short break to dry cams and plan the next step.

For this last set, we leave behind the High Plateau and the marsh for a new location. Near one of the first set locations is a fence that encloses the reserve on the south and stretches to farmland that surrounds Younger to the east and north. This is also where we came upon a coyote late last year.

I call this location The Great Highway for during the 54 days in operation it featured 7 indentifiable species in transit and 1.7 positive camera trap triggers per day. Not amazing stats, but one must take into consideration the deluge of rain that pounded the Northern and Central California Coasts throughout the months of February and March.

The most common visitor was the Brush Rabbit, with 14 unique visits. 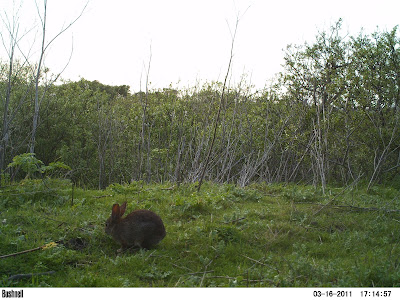 California Quail were also frequent travelers, often in a flock of at least 16 individuals. 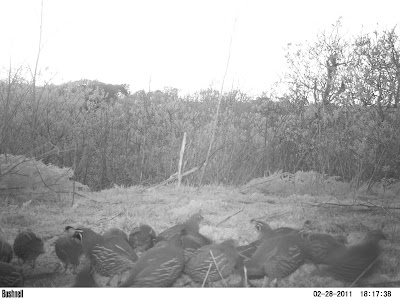 Black-tailed Deer and Striped Skunk made several appearances, but the stars of this set were the Younger Lagoon resident family of bobcats. 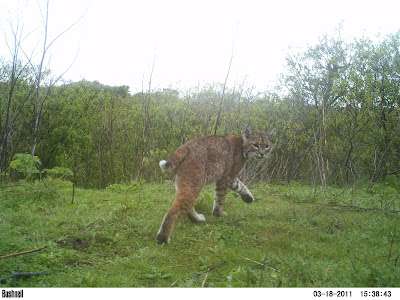 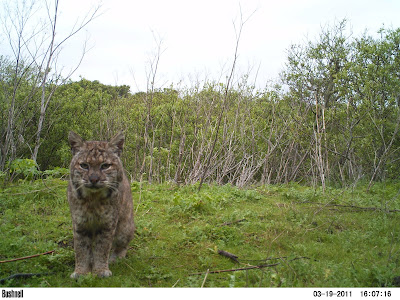