The forces of Camera Trapping Campus met up in late December, this time down south at Younger Lagoon. I was to set up a Bushnell Trophy cam, joining Jake's cam on the High Plateau.

The location of this set was a marshy area that was loaded with prints of raccoon, bobcat and deer.

One month later, a camera check. Upon entrance to the reserve, we were greeted by a fine CALIFORNIA THRASHER. We took this as a good omen. Toxostoma redivivum
The camera appeared quite abused -- muddy from the winter storms and without the plastic covering for the IR flash. A quick search turned up the missing piece and its own damage. 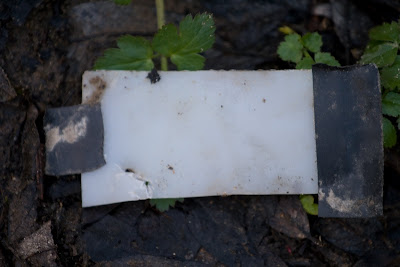 The excitement was soaring, the files could not download fast enough! 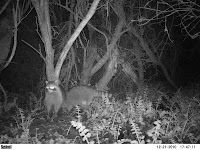 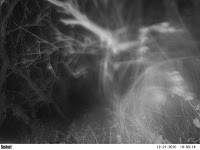 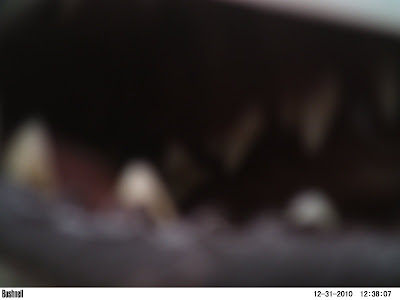 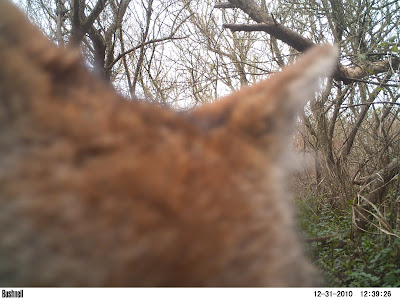 the best shot of the culprit

What could have caused the coyote to maul the camera? Certainly not the flash, for that is infrared. Perhaps the overwhelming stimuli caused by a scent?

Later, our mangy friend stopped by for a noble portrait. Or was it his mugshot? Posted by christian at 7:51 PM