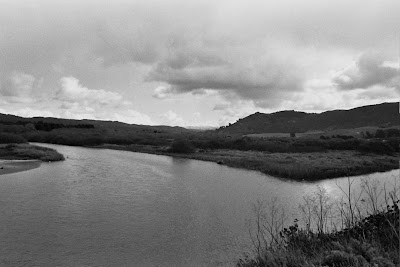 The 4-day Presidents' Day weekend allowed for a type of adventure that I am hoping to embark on more in the future: waterway exploration.

Recently, my co-teacher and I both became boat kayak inflatable craft owners, opening up areas on the map we have been dying to explore.

The first voyage was to be the Estero Americano/Americano Creek, an estuary that begins as a trickle in Cotati. We were to launch from Valley Ford, where the creek starts to get deep. Estero Americano then defines the boundary between motherland Sonoma and beautiful, but vile Marin.

After collecting some snacks and supplies at the fine deli in town, the craft was prepped and ready to get wet. 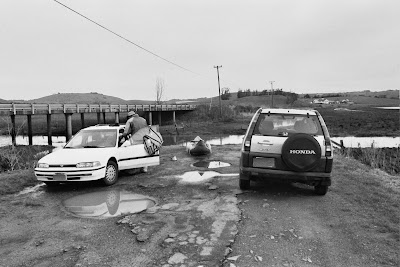 It was a chilly, but calm morning and we eased down the estuary enjoying the peaceful surroundings, the green hills and the occasional Bufflehead skimming the water's surface.

About 3 miles in, a medium-sized burrow was spotted. We decided to stop to investigate, and eat lunch. 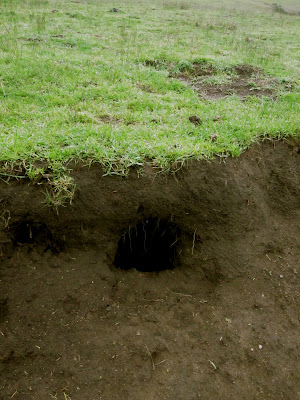 Nearby our landing spot and the burrow, on a small stone rise, remnants of a feast were discovered. 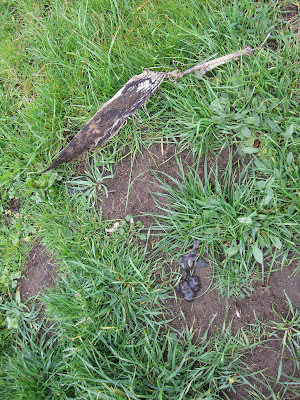 Alongside with the wing and entrails, several pellets were also found. 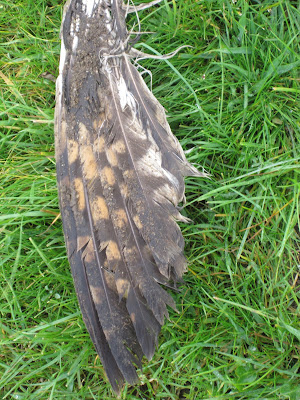 wing detail
Questions:
Is this the feast of one creature? A dining spot that they frequent? Was this spot connected to the burrow -- Burrowing Owls had been reported in the area the previous week.

Or were there two feedings here? A raptor surprised by another bird or mammal?

This was our conversation as the weather began to turn. The wind picked up and the sky darkened with the threat of rain. Additionally, we feared a lowering tide would make travel upstream difficult, so a return to the launch point was in order.

This fear was realized, as a third of the way back we were grounded several times. We decided to take to foot, deflating our craft and hiking through farmland. 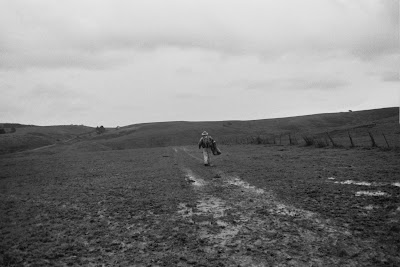 Here, hovering White-tailed Kites and curious Northern Harriers watched over our march through the mud, capping our inaugural aquatic journey with fantastic aerial displays.
Posted by christian at 8:09 PM