I met up with Ken to head up to Pt. Reyes to meet up with some UC Berkeley folks for 1 day of adventure in and around Pt. Reyes National Seashore. We planned to do a little small mammal camera trapping, birding, herping, and mammaling(?).

Since this is supposed to be a camera trapping blog I will start with a few pictures from an old barn where the targets were mice and small carnivores. In one night the only guy to show up was a Peromyscus maniculatus, Deer mouse. Handsome fellow. The scat on a board we found didn't seem to entice anyone. 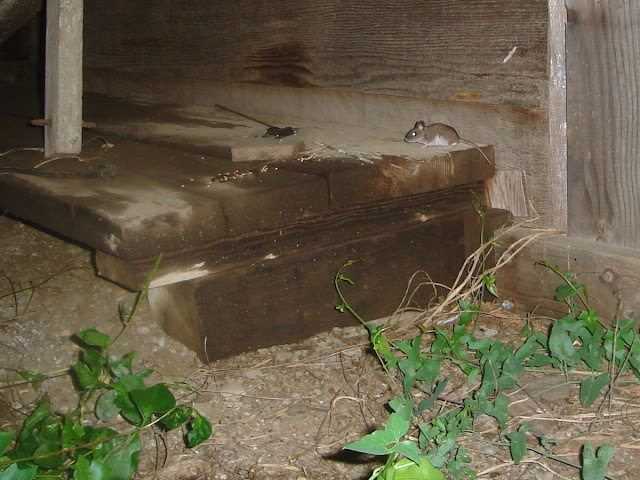 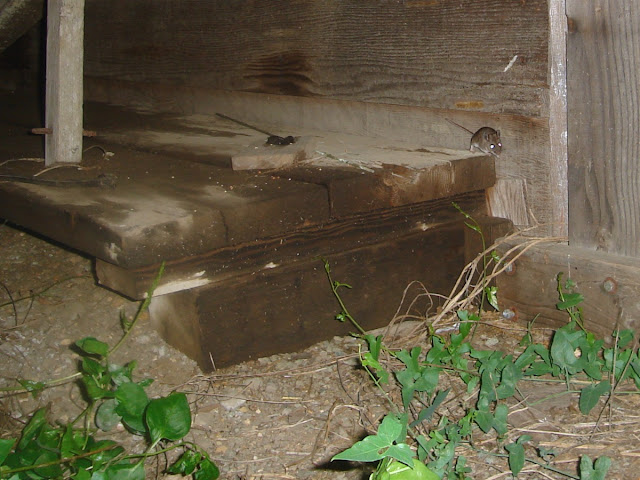 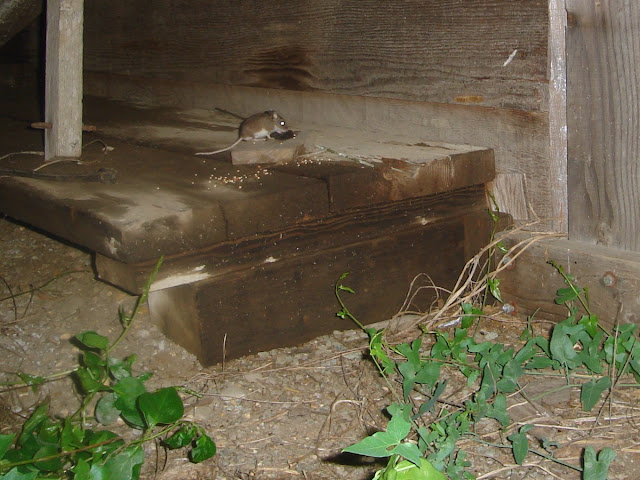 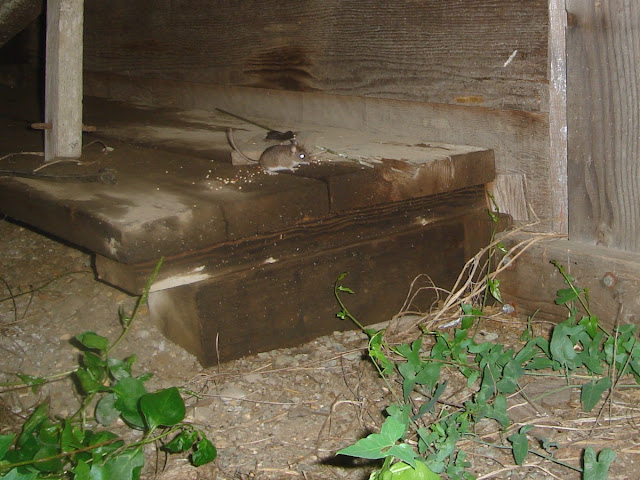 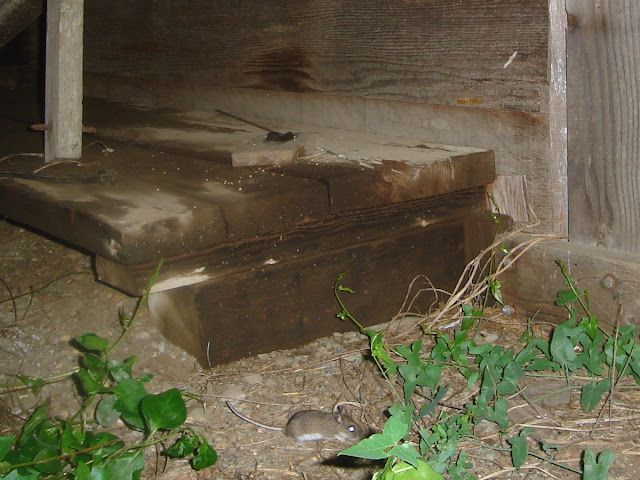 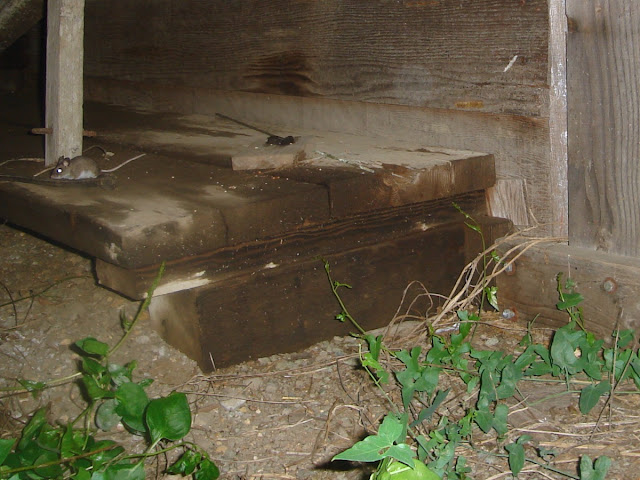 On the mammal front, on a lead from Christian (a different one) we staked out a structure within Pt. Reyes at sunset trying to grab a few pictures of a gray fox in the after sunset fading light. Considering the photography conditions I'll take this photo 8.5 times out of 10. 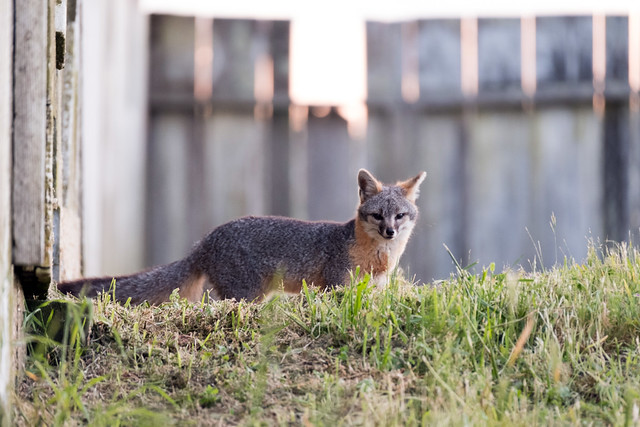 The benefit of hiking with a herper is that we are looking down a lot. It means we can miss a lot of birds because they tend to be up, but in this case it allowed us to find this little owl. I first noticed the large amount of whitewash on the trail, which made me look up into the darkness of a tree overhanging the trail and see a little ball of puff 10-12 feet off of the ground. Again the photography conditions were brutal (This was the catalyst that pushed me over the edge to buying a monopod currently in route).

A Northern Saw-whet owl. If I am being honest with you, we mis-ID'ed this one in the field though. We thought it was a Pygmy Owl until looking at the photos at home (and adjusting the exposure a bit). It just seemed so small IRL. Does it still count after being misidentified in the field? We'll have to ask the birding rules committee. Either species would have been a (non-heard-only) lifer so real-time excitement was not diminished. 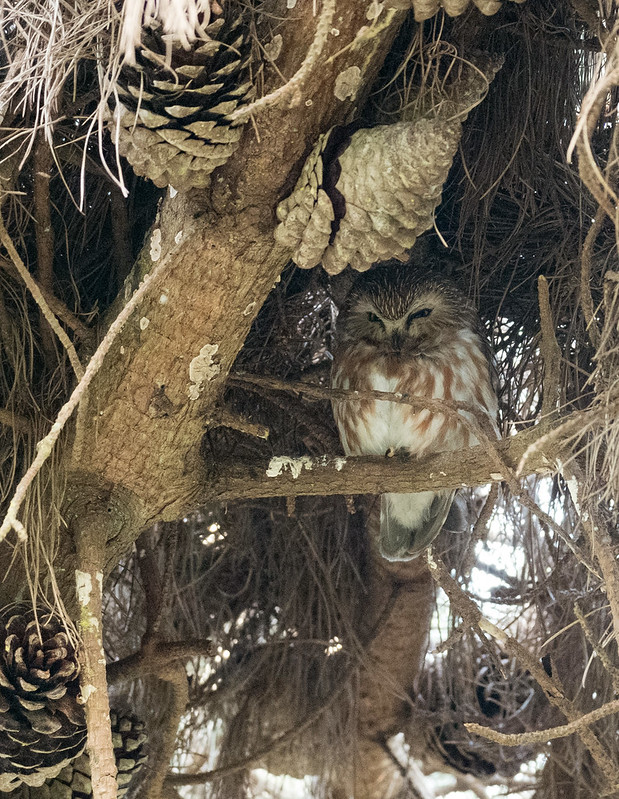 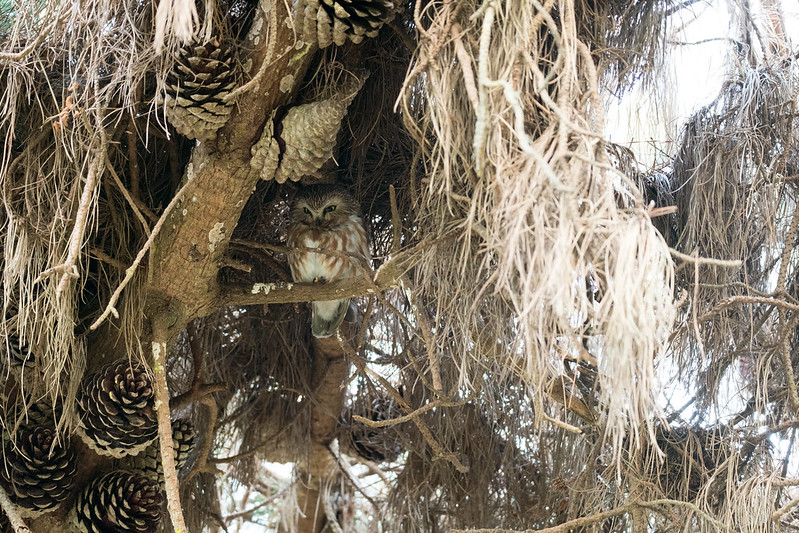 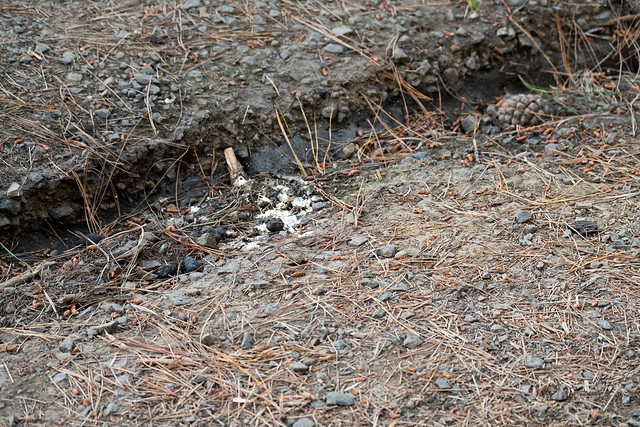 Zoom in on that mess. 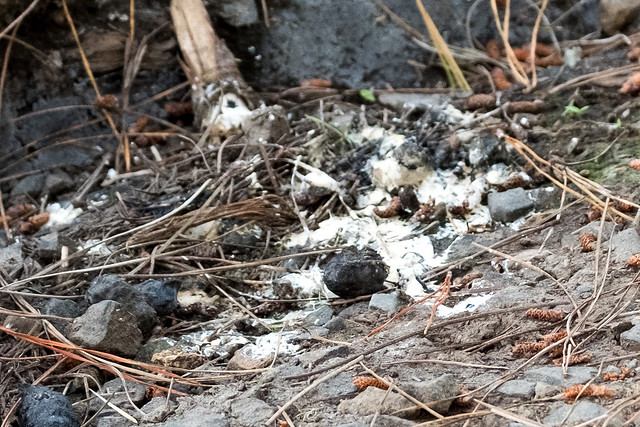 Don't forget to look down sometimes and then back up when you see a whitewash.

On CTC's secondary brand - the herping - it was amazing. We found ~25 snakes and I had two of the best cover boards of my life. But before those we saw a couple of Thamnophis elegans garter snakes on a short hike including one sad DOR youngster. I still don't have a macro lens for my newish camera so herp photos are limited and taken on my phone.

The first snake under a board was a 2-3' Pacific Gophersnake - Pituophis catenifer catenifer that I didn't manage to take a picture of because seconds after I lifted that board, screams from another board being lifted gave a hint to at least 8-10 Pacific Ring-necked Snakes, Diadophis punctatus amabilis. Here I hold 3 of them in my hand at once. Most were in shed, which seemed slightly curious. 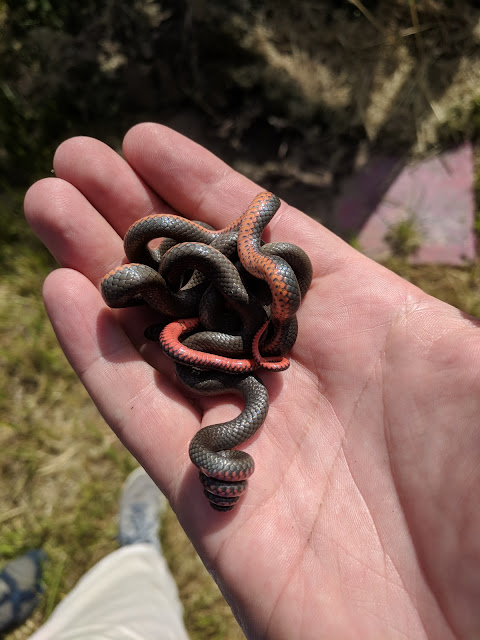 Under the next board was a smorgasbord of snakes. I think we got 2 of 3 species of garter snakes but in the chaos and fleeting looks as snakes darted in every directions I can't be 100% sure.

(2) Coast Gartersnake - Thamnophis elegans terrestris. There may have been some integrades with Mountain Gartersnake - Thamnophis elegans elegans because some of the individuals we saw had a lot of blue and almost no red at all to them, but I am not really sure if that is the best field mark for determining subspecies, certainly not better than location that suggest T. e. terrestris.

(3) California Red-sided Gartersnake - Thamnophis sirtalis infernalis. I believe this is the one we dipped on, but it might have been in there as there were some snakes with a lot of blue like I said above (but not a lot of red).

Garter snake IDs were incomplete because under that same board there were better snakes to grab including several Western Yellow-bellied Racer, Coluber constrictor mormon.

But the real winner and Snake O' the Day was a male Northern Rubber Boa - Charina bottae. What a treat! 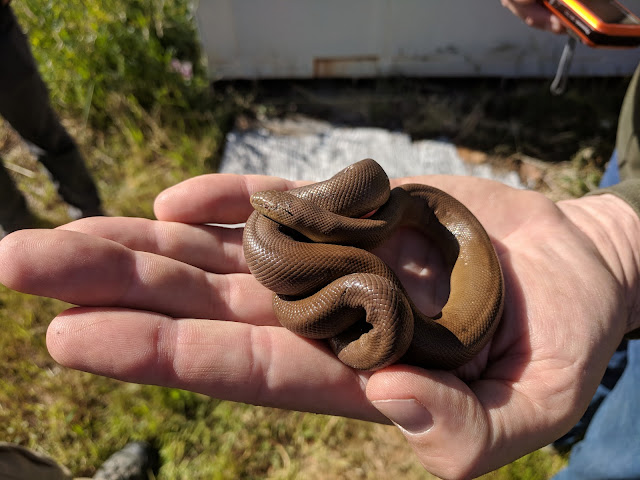 Other mammals seen were loads of Tule Elk, distant coyote, a bobcat, and several raccoons. 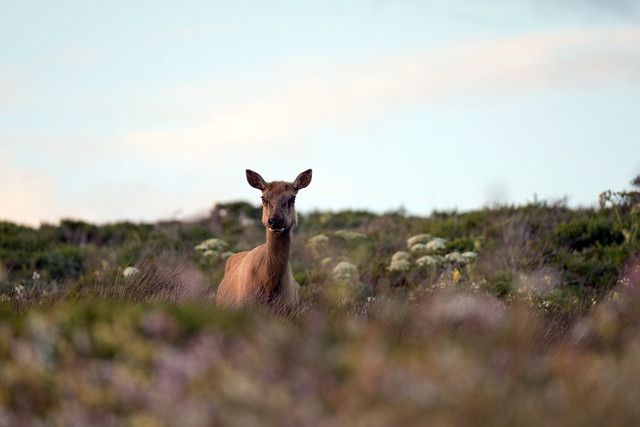 At Bolinas Lagoon we didn't spot any otters but the Harbor seals were making noise and a Clark's Grebe was looking regal. 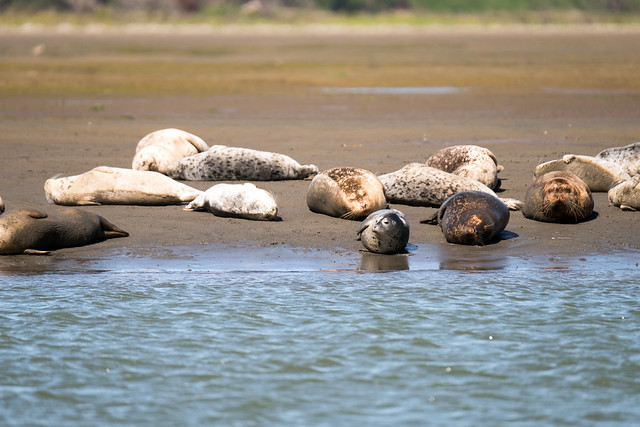 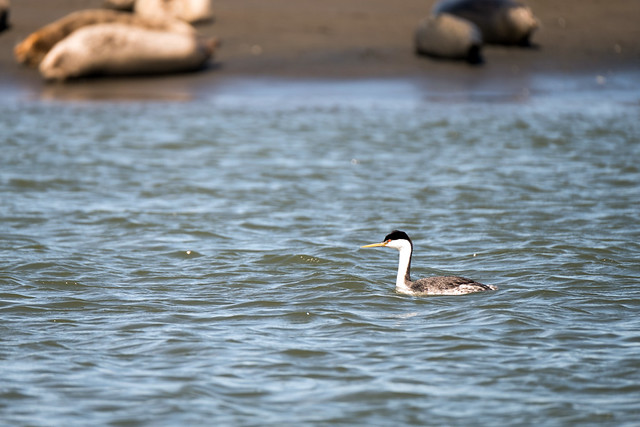 All in all a fantastic 24 hours in Pt. Reyes. 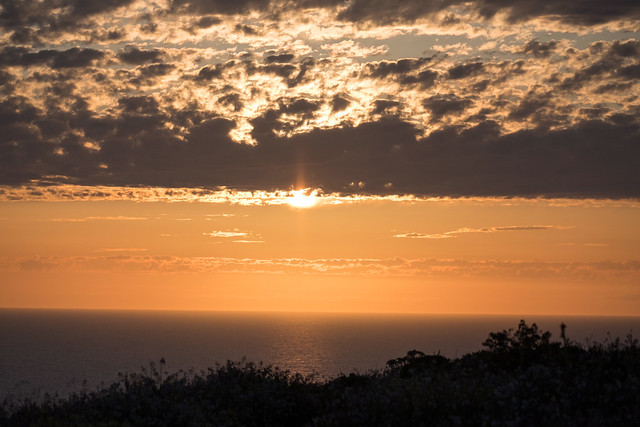